Pennsylvania
Censorship
16 Mar at 9:40 am

Shapiro said at a March 15 press conference that Eagle Arms Productions has agreed to stop selling the kits at its shows, marking the first time a gun show promoter in the United States has prohibited the sale of the 80 percent receivers.

The kits, also known as “80 percent lowers,” are controversial because they are typically sold without background checks, and can be quickly and easily assembled into a fully-functioning firearm that lacks a serial number and so essentially cannot be traced.

Makers of the kits, such as JSD Supply, tout their services are a response to restrictions around gun purchases. “Since 2013, we’ve helped thousands of people build their own gun from the privacy of their garage. No serialization, no background check, no government fee,” the company says on its website.

Shapiro said ghost guns, which are often assembled out as 80 percent receiver kits, are favored by criminals.

“Ghost guns are quickly becoming the weapon of choice for criminals and fueling the gun violence epidemic,” Shapiro said. “These DIY gun kits should be subject to the same background checks and qualifications as fully functioning firearms to prevent criminals who are not legally able to purchase or possess guns from getting their hands on these deadly, untraceable weapons.”

Investigators have been recovering increasing numbers of ghost guns in recent years, Shapiro’s office said, from 99 in 2019 to 250 last year.

Two people were killed with such weapons in Snyder County last July, his office said, adding that, “previous investigations show that ghost guns have been responsible for multiple homicides.” 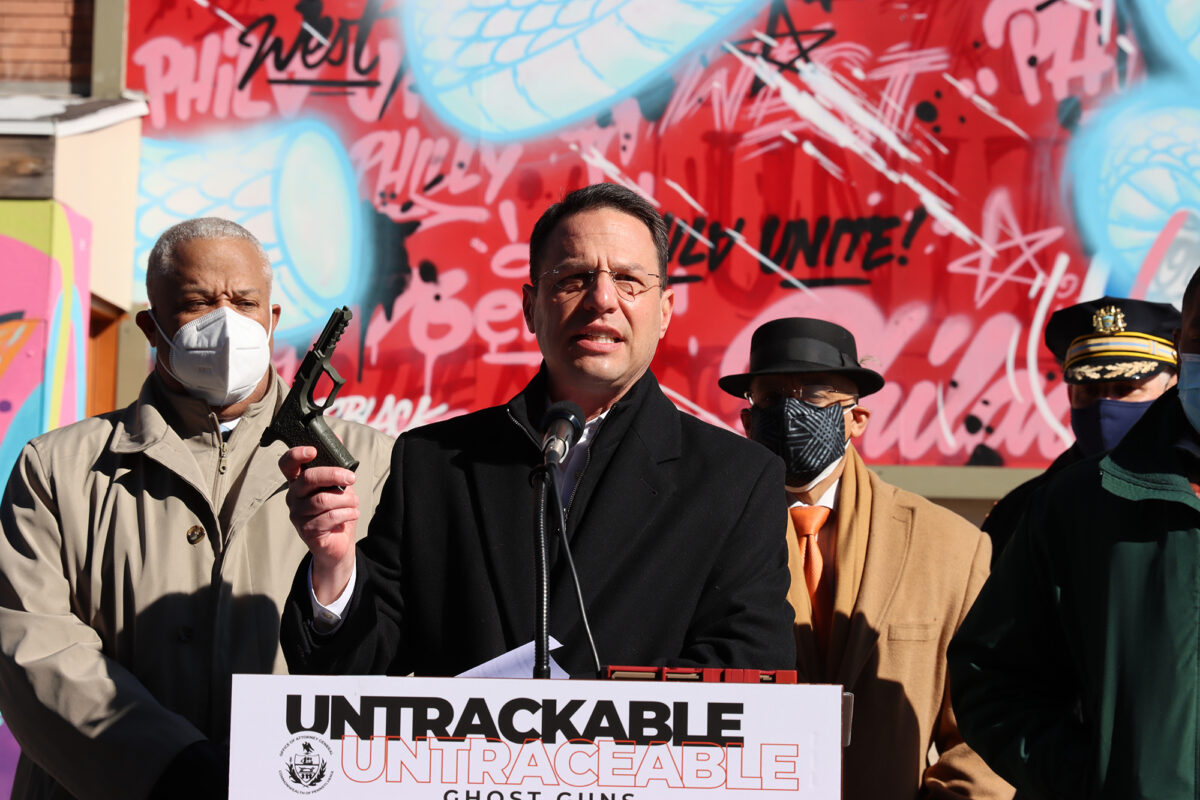 Calling the decision by the gun promoter “a positive step toward limiting access to ghost guns by criminals,” Shapiro called for measures to close what he said were legal loopholes that let people who are prohibited from buying guns purchase 80 percent kits and assemble ghost guns.

Senior fellow at the Independent Institute and Second Amendment attorney Stephen P. Halbrook, told The Epoch Times that he does not believe tighter regulations will do much good, as criminals will always find a way to get their hands on weapons.

“Criminals don’t obey the laws against robbery, rape, and murder, and will all the more so disregard laws about types of guns or registration requirements,” he said. “And the quantities they steal or buy on the black market far outnumber those few who go to the trouble of making the so-called ‘ghost guns.’” 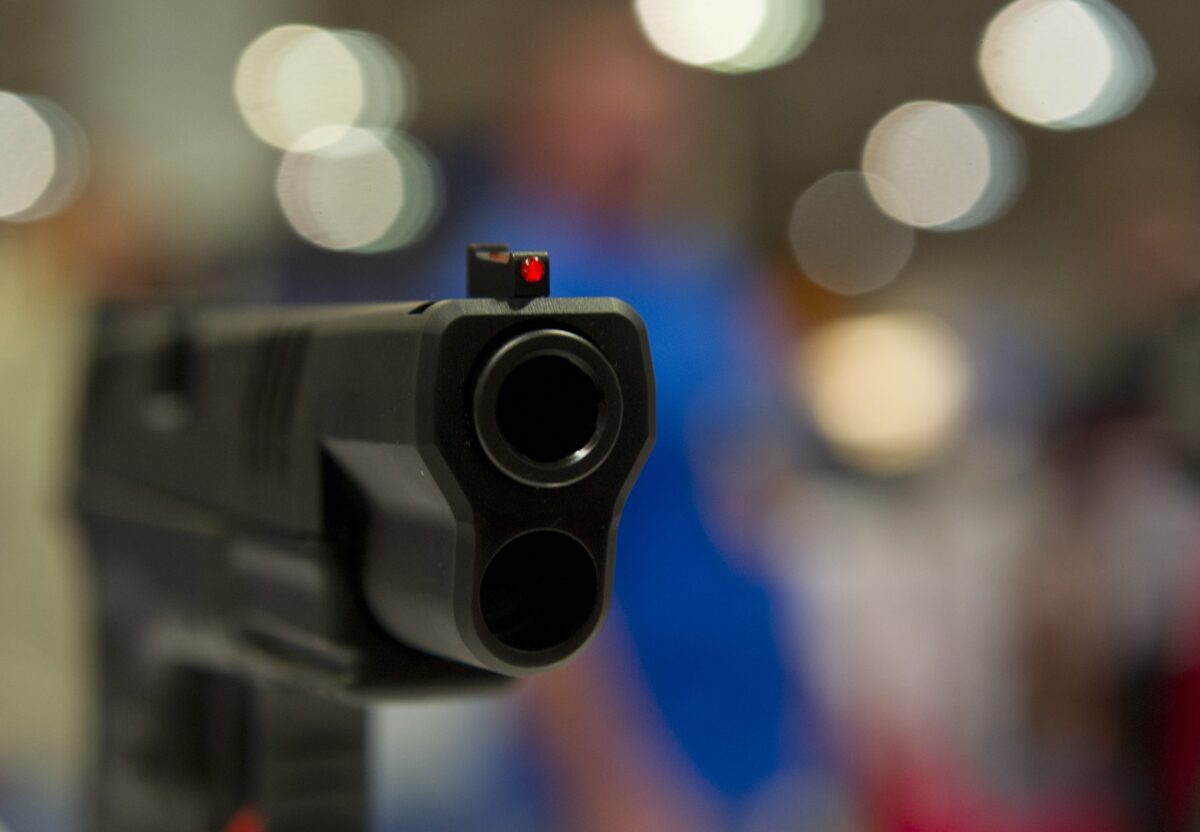 A semi-automatic handgun is displayed at the 2015 NRA Annual Convention in Nashville, Tenn., on April 10, 2015. (Karen Bleier/AFP via Getty Images)

Eagle Arms Promotions owner Joel Koehler told Pennlive that his decision to ban the sale of the kits came after Pennsylvania state Rep. Amen Brown, a Democrat, reached out to him with concerns that ghost guns were linked to violence in his West Philadelphia district.

“It’s a win-win for all of us to keep the streets and playgrounds safer,” Koehler added. “They should be for basketball and sports and for fun, not for bullets flying around by kids that aren’t even old enough to buy firearms.”

Kim Stolfer, president of the Pennsylvania chapter of Firearms Owners Against Crime, praised Eagle Arms for the action and said that “legitimate vendors” at events support the move.

Getting ahead of possible criticism by Second Amendment advocates, Stolfer said that ghost guns “turning up on almost a daily basis at crime scenes” in the area are a bigger threat to gun rights than banning the sale of the kits.

“The failure of the Second Amendment community to police our ranks opens the door for opportunistic politicians to seize on these crimes to advance a gun control agenda,” Stolfer said.

At the same time, Stolfer said he opposes legislation that would ban ghost guns, as there are legitimate reasons people buy the kits, such as hobbyists who enjoy putting together their own firearm.

Brown praised Koehler’s decision to ban the sale of the kits at his shows, but acknowledged that it alone would not solve the problem of violence in his community. The kits, after all, can still be purchased from gun dealers or online.

16 Mar at 9:40 am
Censorship
Pennsylvania
Nevada Bill Would Allow Hospitals to Harvest Organs of Deceased Without Consent
Official in Georgia SOS Office Was Sole Source on Trump Phone Call

Exclusive – Sean Parnell on Senate Campaign: We Want Pennsylvania’s Working-Class Democrats ‘on Board’