An official in the Georgia secretary of state’s office was the only source for at least one story that falsely claimed former President Donald Trump told an investigator with the office to “find the fraud.”

Jordan Fuchs, deputy secretary of state, relayed details of the conversation to The Washington Post, an official with Georgia Secretary of State Brad Raffensperger confirmed to The Epoch Times.

Fuchs was not on the call herself. She was told about the conversation by Frances Watson, the investigator.

A recording of the call recently emerged from a records request, showing that the Post and a slew of other outlets had falsely reported Trump uttering several phrases.

The office of Raffensperger, a Republican, says Fuchs did not present details of the conversation as verbatim.

“The Secretary of State’s Office’s first reports of its investigator’s phone conversation with President Trump relied on the investigator’s recollection. Information about the content of the call was never presented as a word-for-word transcript,” a spokesperson with the office told The Epoch Times via email.

The Post said that it “misquoted” Trump, “based on information provided by a source.” It also outed Fuchs as its source, after previously describing her as an individual familiar with the call.

The Associated Press in its correction used similar wording in explaining that it “erroneously reported” that Trump pressured Watson to “find the fraud,” and that if she did, she would be a national hero.

CNN offered an editor’s note in stating that its initial version “presented paraphrasing of the President’s comments to the Georgia elections investigator as direct quotes.” 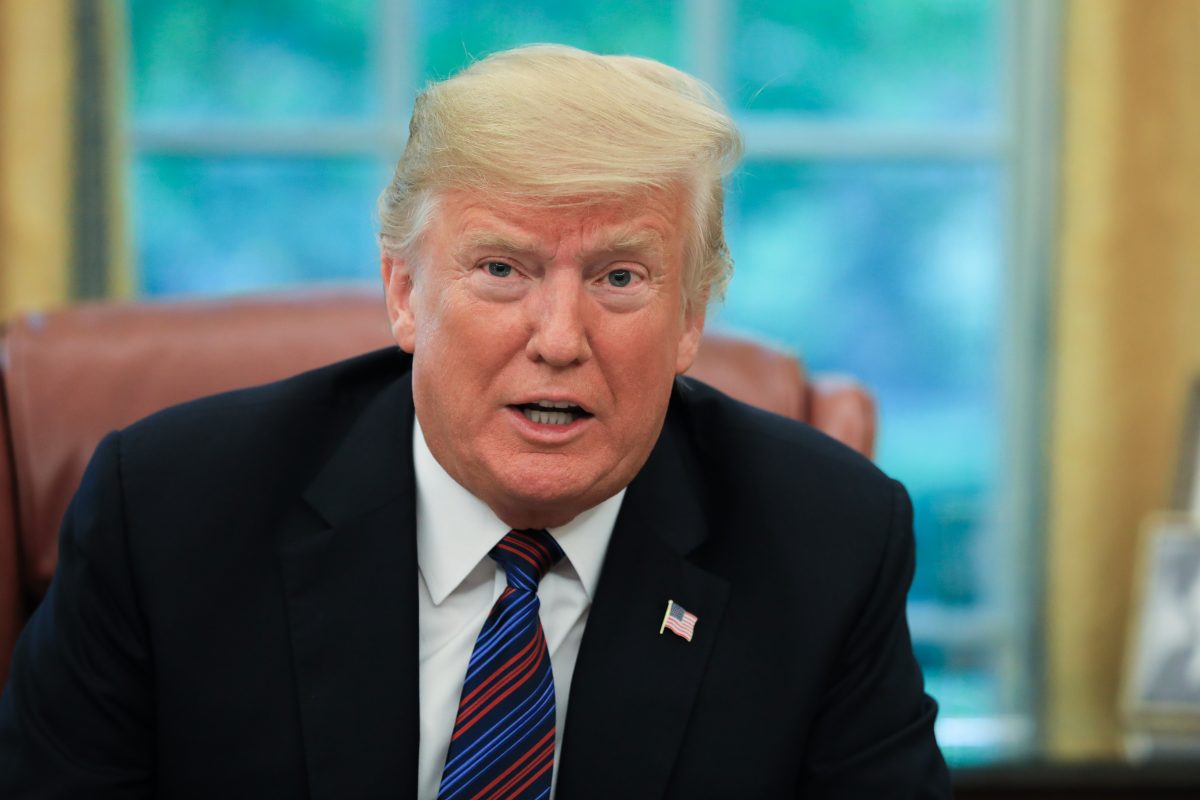 Then-President Donald Trump conducts a phone call in the Oval Office of the White House in Washington on Aug. 27, 2018. (Samira Bouaou/The Epoch Times)

The Associated Press and the Post declined to answer questions about the reporting, such as whether they would commit to no longer using Fuchs as a source. CNN, ABC News, NBC News, and Reuters didn’t return inquiries. Among the outlets, all have updated their original articles except for Reuters.

All of the outlets reported on the conversation by relying on a single source, who appears to have been Fuchs in every case.

The rise in competition and the Internet has led news outlets to value immediacy and being first over making sure things are correct, he added.

“There’s so many different sources people can turn to, and you want them to turn to you,” he said. “That kind of feeds upon itself, and the competition maybe lowers your standards at the same time.”

Raffensperger’s office is defending the leaking of call details, arguing that while news outlets falsely reported several Trump quotes, the substance of the recollection was accurate.

“After hearing the tape, it’s clear that her recollection accurately portrayed the president’s assertions that there was fraud to uncover and that she would receive praise for doing it,” a spokesman said, referring to Watson.

That sentiment was echoed by news outlets in their updates: most offered editor’s notes instead of corrections and painstakingly outlined how Trump had uttered phrases similar to what they had originally reported, indicating journalists felt their initial stories were largely correct.

Quoting sources on background, or not naming them, is common practice in journalism, Schotz said. One way the whole situation could have been avoided, he suggested, would have been reporters avoiding using quote marks in the first stories and paraphrasing the conversation.

“Quotes really are exact, so there’s no doubt that the original wording was not right. But if you look at the substance, too, that matters as well—how egregious of an error was this? You probably could have salvaged what it was by just taking out a quote. Taking the idea of … ‘you’ll be a national hero.’ And that’s a direct quote. Well that wasn’t said, but the substance of that was still in that conversation, ‘you’ll receive high praise.’ How different is that? It’s not opposite. They’re pretty close in substance to what was said,” he said.

“So if they would have just said without a quote you’ll be seen as heroic or something like that, they probably wouldn’t have to go back and correct anything, it would have been accurate.”