“I happen to know that we have one or two, my fingers crossed, big revelations for Georgia within the next day or two with regard to the machines,” Giuliani said on “War Room: Pandemic” on Tuesday.

Many Georgia counties use Dominion Voting Systems machines. A forensic audit in Michigan recently concluded Dominion’s voting system is set up to influence elections, though that conclusion has been challenged by state officials and Dominion representatives.

Giuliani touted the release of a report by a state senator who said coordinated illegal activities by election workers appeared to take place, in reference to the period of time where ballot counting was done with no oversight.

“This is the first breakthough,” he said.

The release of the report could trigger Georgia to convene in a special session to decertify the election, the lawyer said. Because the Georgia House of Representatives is controlled by Republicans, with a strong GOP majority, “it would have a chance,” he said. 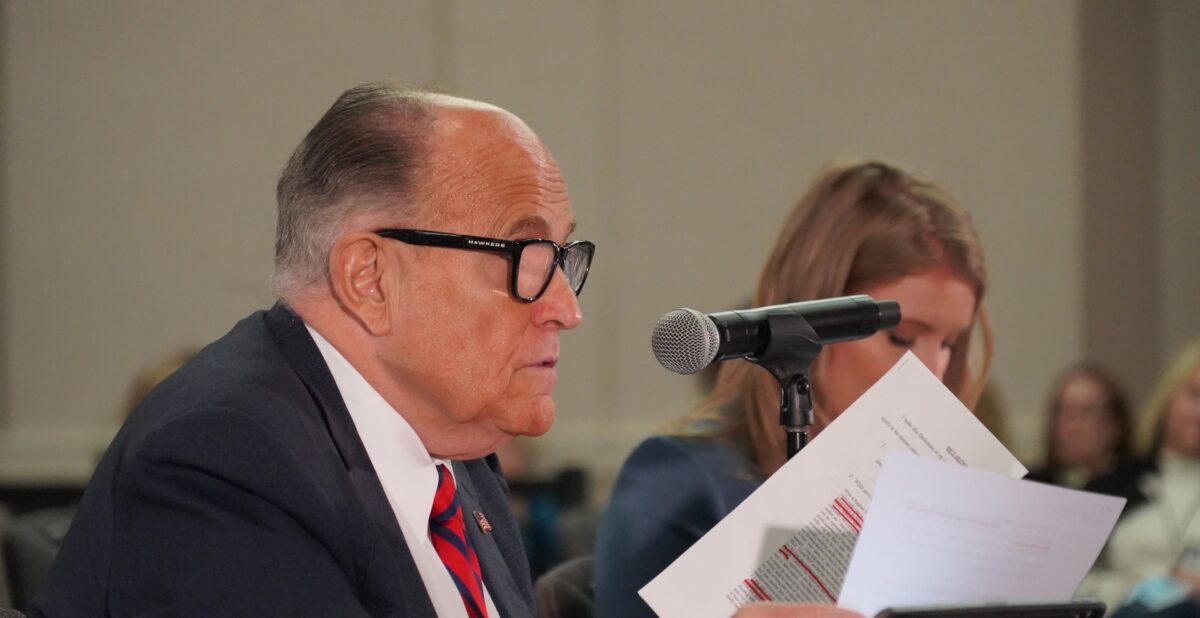 The report came via Sen. William Ligon, a Republican who chairs the committee’s Georgia Election Law Study Subcommittee. Ligon didn’t respond when asked if any other members back the report.

Sen. Elena Parent, a Democrat on the subcommittee, told The Epoch Times via email: “As a member of the committee, the report was never shared with me. There was no vote or consideration by the committee of the report. It doesn’t represent anything more than the Chairman’s take as a single legislator.”

Giuliani also on Tuesday said the Trump campaign has evidence all over Georgia that voting machines didn’t work.

“We had one place in rural Georgia where we ran the results of the election three times. We got three different results,” he said.

Georgia Gov. Brian Kemp, a Republican who has refused to call a special session himself, doesn’t want to say the election didn’t go well because his lobbyist brought the voting machine contract to the state, Giuliani said.

If he doesn’t do anything, though, he has no future in politics, the former New York City Mayor said.

A Kemp spokesman has told news outlets the governor feels he can’t interfere in elections, while Georgia Secretary of State Brad Raffensperger, a Republican, has said there wasn’t widespread fraud in the Nov. 3 election.