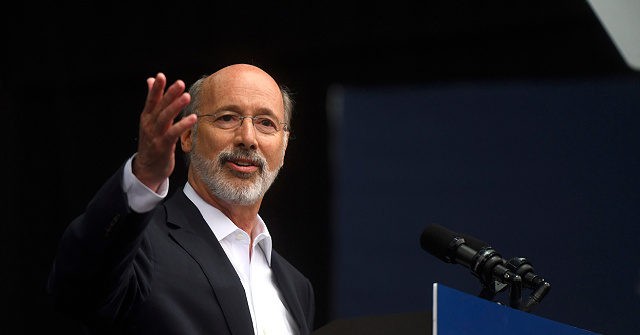 Pennsylvania Democrat Gov. Tom Wolf admitted he had his wife turn in his mail ballot during a recent radio appearance. It is illegal in Pennsylvania for anyone, with rare exception, to have someone else turn in their ballot for elections. After the revelation was made that the practice the governor admitted to was illegal, a spokesman for the governor called it an “honest mistake.”

Wolf spoke to KDKA radio host Kevin Battle on election day and discussed his own voting habits. “I didn’t show up in person at the polls. We voted a couple weeks ago, actually,” said Wolf. “My wife actually dropped it off personally two weeks ago, so it’s there.”

Pennsylvania election law currently prohibits most individuals from having a third person turn in their ballots. The only exceptions to this rule are for voters with disabilities or ones who select a representative to return an emergency absentee ballot for them.

State Rep. Seth Grove quickly pointed out Wolf’s violation on Twitter saying, “On Nov. 2, Gov. Wolf did an interview with KDKA where he disclosed his wife turned in his mail-in ballot for him.” “This is illegal under the election code,” Grove continued, “BUT would have been legal had he signed HB 1300.”

On Nov. 2, Gov. Wolf did an interview with KDKA where he disclosed his wife turned in his mail-in ballot for him.

This is illegal under the election code, BUT would have been legal had he signed HB 1300.

Pennsylvania House Bill 1300 is an election integrity bill that the Pennsylvania legislature approved. According to Spotlight PA, “[HB 1300] would have allowed members of the same household to return each other’s ballots.” Additionally, the bill would have expanded access to early voting, required signature verification of mail ballots, and implemented voter identification.

However, Wolf vetoed this bill in June because of the voter ID requirement.

A spokesperson for Wolf responded to allegations of Wolf breaking the law by having his wife drop off his ballot instead of doing so himself as state law requires by saying, “it was an honest mistake.”