A pair of juveniles were arrested on Thursday after allegedly trying to break into a home in Kalamazoo, Michigan, MLive.com reported.

Police officers were patrolling the 1400 block of Oak Street at approximately 8:36 p.m. due to recent thefts in the area, a press release from the Kalamazoo Department of Public Safety (KDPS) said.

“During that time, a Kalamazoo Public Safety Sergeant observed two juveniles walk up to what appeared to be an unoccupied home,” the agency explained.

The juveniles started to try and break into the house but were scared away by a resident who was home. The release continued:

Kalamazoo Public Safety Officers had surrounded the home to take the suspects into custody during their attempt to break into that home. When the suspects attempted to flee on foot, officers arrested both suspects in the yard of that home.

Meanwhile, Kalamazoo police said there was a rise in stolen cars in 2021 compared with the same time in 2020, MLive.com reported in June:

“We want to remind motorists to always lock their doors and not leave their keys or valuables in their vehicles once exiting,” Bridges told the outlet at the time. 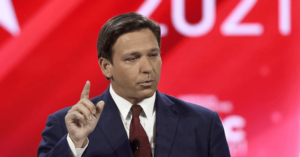