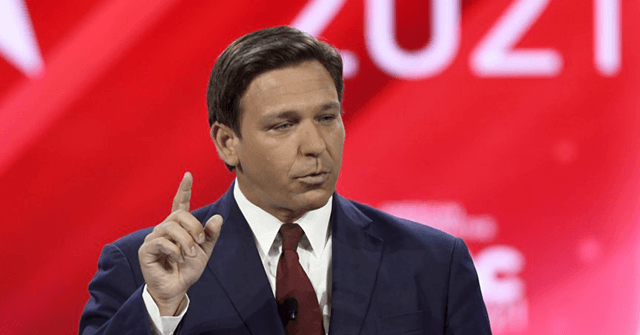 Republicans have made history in the Sunshine State, overtaking Democrats in voter registration for the first time ever, Florida Gov. Ron DeSantis (R) announced Friday.

“When I got elected governor, we had 280,000 more registered Democrats than Republicans in the state of Florida,” DeSantis said during a press conference in Seminole.

“Today, and it will probably be fully publicized very soon, today for the first time in the history of Florida, we’ve now overtaken Democrats. There are more registered Republicans in Florida than Democrats,” he said, triggering applause in the room.

The governor talked about how Florida has drawn people to the area, as the state has “never” indulged in the “nonsense” embraced by blue states, including the negative narratives on law enforcement.

“From the very beginning, we backed the people that wear the uniform, and what happens is you see some of these places when they defund or take the funding away, you’ve seen crime absolutely skyrocket,” he said:

Now even places like Seattle are scurrying to try to figure out how we now fund police because they knew how catastrophic that was. So we never did that. And I think some people are looking, it’s like, people can put up sometimes with higher taxes, but if you don’t have safety, public safety, people just aren’t tolerating it.

“So I think that absolutely fueled a lot of what we’ve seen in terms of the state of Florida,” he said, noting that current migrations have been “different than past migrations in Florida.”

“And it’s good for us. But I mean honestly … we would have probably won the New Jersey governor’s race but all the Republicans moved to Florida from New Jersey because they get so frustrated,” he added.

Ultimately DeSantis said people are seeking refuge in Florida for a range of reasons, “much more than taxes” alone. They are also fleeing blue state lawlessness, crime, and “many other things,” he added.

“But I do think that you’re seeing people move to states that value freedom, and that’s just the reality,” DeSantis said.

His announcement coincides with news of the Democratic Governors Association having “no plans to give significant financial help to Florida Democrats as they seek to unseat Gov. Ron DeSantis in 2022, a major setback that will make it harder for challengers to take on the popular Republican,” Politico reported. 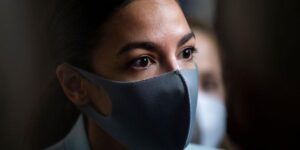