The freshly unveiled COVID-19 relief bill contains more than $100 million for an underground rail project in California, according to the text of the draft document and an analysis by Fox Business, with critics calling the allocation part of a Democrat “wish list” that has nothing to do with pandemic recovery.

Democrats on Friday unveiled the full text of the 591-page bill (pdf), titled the “American Rescue Plan Act of 2021.” The House Transportation Committee’s section of the bill (sec. 7006) contains a funding provision that allocates some $30 billion for transit systems to “prevent, prepare for, and respond to coronavirus,” with some of the money earmarked for operating costs and some for capital investments.

The bill calls for capital investment of $1 billion for “all projects under section 3005(b) of Public Law 114-94 that received allocations for fiscal year 2019 and 2020.” Section 3005(b) of Public Law 114-94, or the Fixing America’s Surface Transportation Act (pdf), authorized a pilot program to let transit agencies fast-track federal funds. The pilot, called the Expedited Project Delivery (EPD) Pilot Program, has been used in applications for funding of the Bay Area Rapid Transit (BART) Silicon Valley project.

According to a Fox Business review of the allocation formula featured in the COVID-19 bill and other related documents, the relief bill would provide BART with around $112 million in funding.

The funding allocation would go toward the $6.86 billion final phase of BART, which would extend operations 6.5 miles from downtown San José to Santa Clara, adding four new stations. 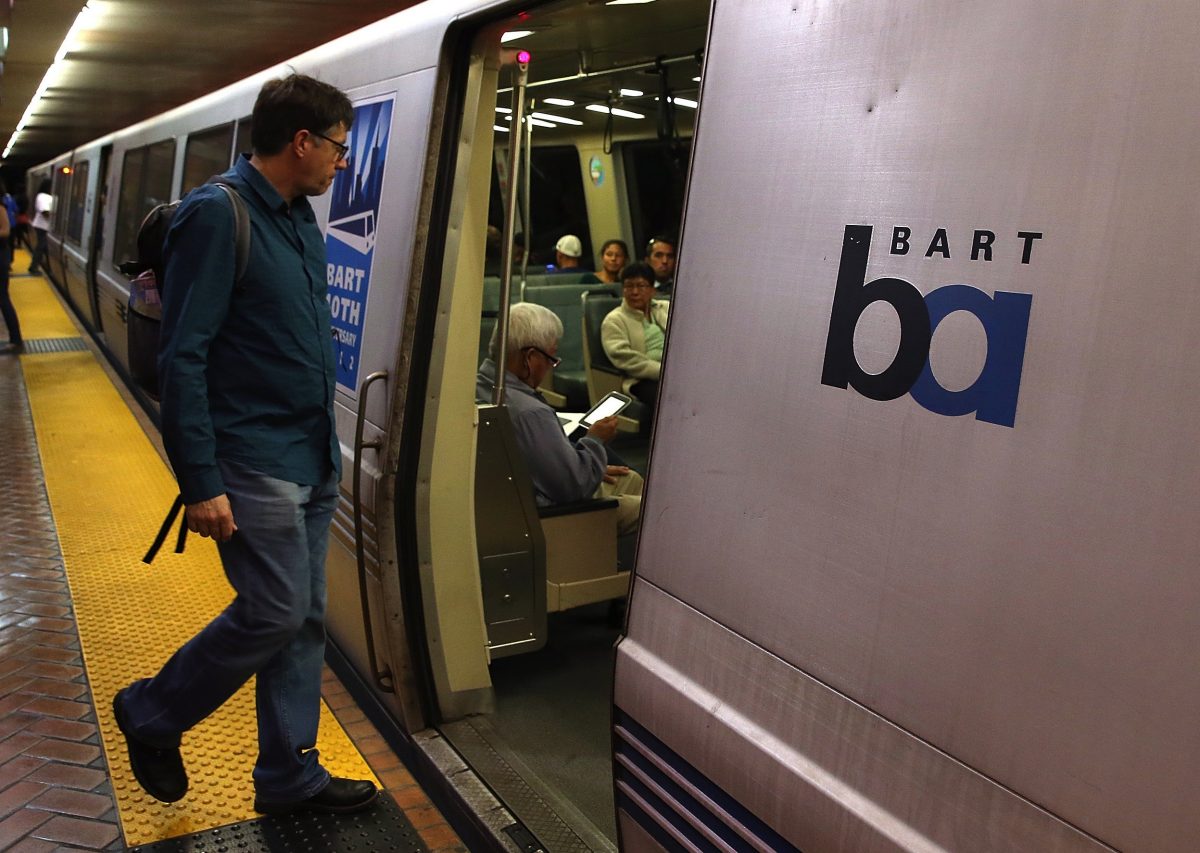 California’s Santa Clara Valley Transportation Authority (VTA) has requested a total of $1.715 billion in federal funds for BART through the expedited funding program.

The approximately $112 million in funding for BART contained in the COVID-19 bill would make it the third installment of federal funding allocated to the Silicon Valley train under the Section 3005(b) pilot program, with $125 million authorized in August 2019, and another $100 million in January 2021, according to Railway Age.

Steve Kelly, a spokesperson for the Senate Banking Committee Republicans, criticized the inclusion of BART funding in the COVID-19 bill.

“An earmark to help cover the cost of Big Tech’s subway construction costs has nothing to do with combatting COVID-19,” he told Fox Business.

“It doesn’t help one person get the vaccine or boost testing capabilities,” he said. “This is just further proof that congressional Democrats view the reconciliation process as a means to push through their wish list—which includes forcing taxpayers to pay even more for an over budget and delayed construction project in one of the wealthiest regions in the country.”

Construction of phase two of the Silicon Valley train is expected to start in 2022, with major work to be completed by 2028, followed by another two years of testing, integration, and certification before launch.

“Leadership recommends a NO vote,” Scalise wrote in an email obtained by The Hill, which dubbed the draft bill “Pelosi’s Payoff to Progressives Act.”

Scalise’s team said in the email, “It’s clear Democrats have no interest in approaching COVID relief in a timely and targeted fashion and are instead using the reconciliation process to jam through their liberal wish list agenda.”

House Speaker Nancy Pelosi (D-Calif.) panned Scalise’s efforts to scupper the bill, accusing him and Republicans of not caring about Americans suffering during the pandemic.

“With millions of Americans unemployed and demanding relief to reopen schools and get people back to work, House Republican leadership is demanding its members vote against a bipartisan plan to help struggling Americans,” Pelosi wrote in a statement.