Biden signed the $1.2 trillion infrastructure bill into law on Monday so the House Democrats are moving full speed ahead to pass his Marxist climate bill.

The CPI index is the highest it’s been in three decades.

Econ experts warn inflation will only continue to get worse and many believe stagflation is inevitable.

But Joe Biden and the Democrats in Congress (and some Republicans) continue to spend trillions of dollars anyway.

House Majority Leader Steny Hoyer made the announcement on Thursday shortly after Pelosi suggested to reporters the bill would be brought to the House floor by the day’s end.

House Democrats are planning to vote Thursday evening on the massive social benefits and climate package at the core of President Biden‘s domestic agenda, lending the embattled party a significant victory heading into the long Thanksgiving recess.

The office of House Majority Leader Steny Hoyer (D-Md.), who formally sets the floor schedule, announced the plan Thursday afternoon, just hours after Speaker Nancy Pelosi (D-Calif.) had signaled an intent to race the bill to the floor by day’s end.

Standing in the way of the vote has been a cost analysis from the Congressional Budget Office (CBO), Congress’s official scorekeeper, where officials have been racing around the clock to complete more than a dozen provisional estimates gauging the budgetary impacts of provisions under the various committees. 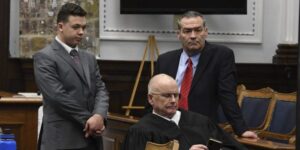