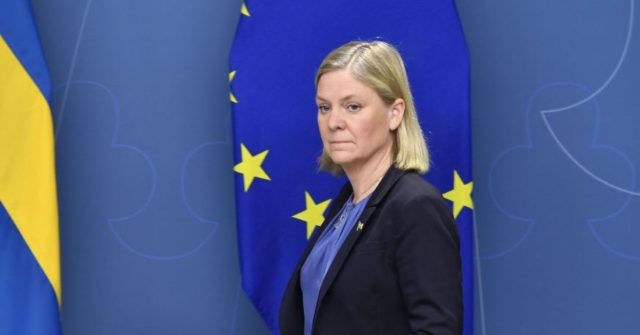 Sweden selected its first-ever female Prime Minister Wednesday morning, but just hours later her coalition government’s budget was defeated in the national parliament, potentially setting in motion a process that could see the new leader deposed.

UPDATE 1725: Sweden’s First Female Prime Minister Resigns After Seven and a Half Hours

Sweden elected its first-ever Female Prime Minister Wednesday morning, and less than eight hours later she has resigned. The numbers were always stacked against PM Magdalena Andersson — she only avoided having her selection blocked by one vote, and the budget vote later that day looked likely to fail. After Parliament voted against the government’s programme, the coalition government collapsed with the Green party — unwilling to deliver an alternative right-wing budget instead — withdrew.

By the convention of the Swedish system, this means a new Prime Minister must be selected again.

Swedish newspaper Aftonbladet reported Andersson’s comments on her resignation, which has been accepted by the Speaker of the Riksdag, when she said: “Of course, I fully understand that this appears to be messy. A party that this morning voted for a prime minister who formed a government with that party has now changed its mind.”

A statement from the Speaker of the Swedish Parliament Wednesday evening said “The Speaker will now contact the party leaders to discuss the situation and will provide information on how the process is to continue on Thursday afternoon.”

Read the original story below:

In the Swedish system, the government proposes a budget for the parliament to pass, but the opposition parties can also put forward their own alternative budget. Parliament then chooses which it wishes to pass, which can lead to the strange situation where a government can be forced to implement a budget proposed by its enemies. Such is the case in Sweden after today’s vote.

If the Greens withdraw, the government could collapse — altogether a serious state of affairs for the first day in the job for Andersson as Sweden’s new Prime Minister.

The Moderates have also stated that they may call for yet another vote for a new Prime Minister if the Greens leave the government coalition, with party parliamentary leader Tobias Billström arguing that changes in the composition of the government would require a new vote on who should be Prime Minister.

“The fact is that Magdalena Andersson will probably need to have negotiations with her new government base. I do not know which parties will make it, you have to ask her about that, but you can imagine that the Left Party that has had a few things to say in the last few days will have a say in that then as well,” Billström said.

Breitbart London reported earlier that Andersson’s election as Prime Minister was hotly contested, passing the Riksdag by just one vote. On the then-coming budget vote, Breitbart’s Chris Tomlinson reported that:

Having only just survived her own confirmation vote, Prime Minister Andersson begins her term as Prime Minister facing a budget vote later today which could easily result in a defeat and even trigger another contest to select a new Prime Minister.

The Swedish Centre Party, which has largely supported the Red-Green left-wing coalition so far, have said they will not give votes to the government at the budget vote, and would in fact be backing an alternative ‘opposition budget’.

The Green party are now asking, with a potential defeat on the budget just hours away, whether it is even worth continuing to support the government as coalition partners at all, as without their budget passing Parliament, their left-wing, Green political programmes won’t be funded.

Per Bolund, the spokesman for the Greens said that the party was waiting to see the outcome of the new budget vote before they make a decision.

“We now need to think seriously about the conditions for enforcing green policies. And we do not have government power for its own sake, but we have it to enforce green policies,” Bolund said.

Political scientist Magnus Isberg told SVT that if the Greens decide to leave the government it could lead to yet another vote for a new Prime Minister.

“When the Speaker nominated Magdalena Andersson, he said at the same time that she would form a government consisting of the Social Democrats and the Greens. The vote took place on the condition that this would be the case,” Isberg said. 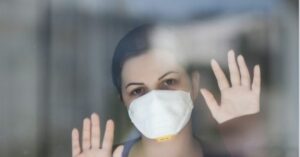