Last week, Georgia’s Republican Gov. Brian Kemp referred data to the State Election Board showing “36 inconsistencies” in the results of a Fulton County audit. This development provides yet the latest example of the chaos controlling the November 2020 election—and the corrupt media’s refusal to care.

With only 11,779 votes out of nearly 5 million votes cast separating Joe Biden and Donald Trump in the final tally in Georgia for the 2020 presidential election, the southern state and specifically Fulton County—the state’s most populous county and the home to the Democrat-heavy city of Atlanta—became a focal point following the November general election. After a recount and audit confirmed Biden carried the state, politicians and the press joined forces proclaiming, “Nothing to see here, move along.”

But there was a lot to see there and elsewhere throughout the country: It was just hidden or, in some cases, destroyed. And while nothing will change the fact that Joe Biden is president, election integrity matters and Kemp’s letter is but the latest proof that it must be shored up in America.

An analysis of the “2020 Risk-Limiting Audit Report” data revealed “36 inconsistencies,” in the Fulton County audit, Kemp wrote in his November 17, 2021 letter to the members of the Georgia State Election Board. These “inconsistencies” were uncovered, not by an election official, but by a retired corporate executive and resident of the Peach State, Joseph Rossi, the letter explained.

Rossi’s analysis compared the official audit data made public by the secretary of state’s office to images of the underlying ballots provided by the county in response to the Atlanta Journal-Constitution’s open records request. Further, before referring the matter to the Election Board, the letter explained that Kemp’s “office tested the veracity of his work by independently repeating the research Mr. Rossi conducted on each of his 36 claims,” and that analysis confirmed Rossi’s review.

“The data that exists in public view on the Secretary of State’s website of the [Risk-Limiting Audit] Report does not inspire confidence,” Kemp continued, noting “It is sloppy, inconsistent, and presents questions about what processes were used by Fulton County to arrive at the result.” Kemp then recommended the Election Board review Rossi’s findings, determine what negatively impacted the integrity of the audit report, and review the audit methodology used throughout the state.

Duplicates for 20 Different Groups of Votes

Kemp’s letter, while damning, doesn’t do justice to how troubling the “36 inconsistencies” uncovered are. Those inconsistencies are not conflicts relating to 36 different votes, but to 36 different categories of votes. Among other things, the analysis originally undertaken by Rossi, and then confirmed by Kemp’s office, revealed that the audit report included duplicates for 20 groups of votes.

To illustrate this category of “inconsistencies,” the official Audit Report reported double scans of “batch 40,” which contained two votes for Trump and 95 votes for Biden.

A review of the scanned ballots, however, revealed only one “batch 40,” which included 97 votes for Biden and 2 votes for Trump.

Ten more batches included in the official audit results were misidentified, according to Kemp’s analysis. Again, to illustrate, the audit report identified two different vote totals attributable to “scanner 2/237,” but included different totals for each, indicating one of the batches was misidentified.

Further, the actual results for batch 237 differed from both contained in the audit report.

A third category of error detailed by Rossi and confirmed by Kemp involved the state supposedly cataloging of batches of votes that showed 100 percent of the votes being cast for one candidate. There were four such inconsistencies identified and, with the first of the inconsistencies, multiple batches were involved with batches 19, 20, and 21 all awarding Biden 100 votes and Trump zero.

The governor’s internal count, however, showed that not only did Biden not receive 100 percent of the votes, but that none of these batches had exactly 100 ballots. The second inconsistencies in this category reported 200 votes for Biden in batch 22, and none for Trump. Kemp’s review, however, showed only 97 ballots contained in batch 22—not 200—and Trump receiving 12 of those.

The third inconsistency identified also involved two batches with each recording 100 votes for Biden and zero for Trump, with the governor’s review showing Trump received 23 to Biden’s 78 in one batch (again, not totally 100) and Trump garnering 40 votes to Biden’s 60 in the second batch.

The final inconsistency in this category also contained two batches, with one favoring Biden and one Trump—but the apparent error in Biden’s favor was reporting 950 votes for our now-president to Trump’s 0, while Biden really only received 92 votes to Trump’s 6, according to the governor’s office.

Conversely, the audit report showed Trump received all 130 votes in Batch 2 from Scanner 5, while the breakdown according to Kemp was Trump 5 to Biden’s 94. The net effect of this disparity totaled more than 600 votes in Biden’s favor—exceeding the 537 votes that handed President G.W. Bush Florida, and in turn the presidency back in 2000.

The final category of errors Kemp’s office identified consisted of apparent misallocation of votes. For instance, the audit report listed Biden as the recipient of 77 votes and third-party candidate Jo Jorgensen receiving 23 votes, when the ballot images showed those 23 votes belonged to Trump.

The audit report for scanner 3, batch 89, also showed the votes misallocated between the candidates, with five votes belonging to Biden recorded for Trump. The governor also noted that a second report of votes for the same scanner and batch appeared to be misidentified.

While spelling out these troubling “inconsistencies” in his two-page letter last week, Kemp also bent a figurative knee to the left, which continues to portray any concern about election integrity as an irrational attempt to challenge the 2020 election. These inconsistencies “are factual in nature, pose no underlying theories outside of the reported data, and could not be explained by my office after a thorough review,” Kemp stressed, to assure the populace he isn’t pushing a Kraken-inspired conspiracy theory.

Nor is he disputing or contesting the outcome of the 2020 election, Kemp added, and rest assured, neither was Rossi, Kemp explained: “Rossi never alleged the outcome of the election was in question or asked me to act beyond my constitutional or statutory powers as Governor.”

By handing the investigation off to the State Election Board, which along with Georgia’s secretary of state holds “the authority to oversee elections in Georgia,” as Kemp highlighted in his letter, Kemp seemingly straddled the third-rail of today’s political discourse: the November 2020 election.

Republicans may (rightly) view Kemp’s letter as pure political theater, but the details released nonetheless serve the interests of election integrity by focusing public attention to numerous factually based problems with the Fulton County audit—and in turn Georgia, as a whole. And those facts are asserted and verified by the governor’s office, and not self-interested private litigants.

Yet Kemp’s referral and the independent analysis conducted by the governor’s office also bolster the claims made in private litigation, specifically the evidence gathered and expert testimony proffered in one such lawsuit brought by lead plaintiff Garland Favorito, challenging multiple aspects of Fulton County’s handling of the election. Among other things, the plaintiffs in that case presented expert witness testimony from David Sawyer, a certified fraud examiner and former partner at Ernst and Young.

Sawyer, who had also worked with the forensic units at PricewaterhouseCoopers and Ernst and Young, “testified that he viewed the information provided on the Georgia secretary of state’s website from the risk-limiting audit and compared that data with the scanned ballots provided by Fulton County.” From that analysis, Sawyer testified, “there were 1,539 batches of scanned ballot images produced . . . but only 1,283 batches were counted in the Secretary of State’s risk limited audit.”

Sawyer also testified “that the Secretary of State’s risk limiting audit included combined batches, i.e., batches that contained more than 100 ballots in each batch; sequence breaks in the number of batches that indicated there were missing batches; and batches that were counted twice.” Based on his analysis, there should have been about 1,630 batches of ballots counted, which is 347 more than the secretary of state’s risk-limiting audit reported. “These irregularities indicated a ballot scanning error rate of about 21 percent,” according to Sawyer.

While Sawyer’s testimony was publicly available and, like the analysis Kemp’s office conducted, relied on the official audit results compared to the scanned ballot images, much of the press and public ignore such testimony, viewing the experts as paid partisan hacks—even when the testimony comes from highly credentialed individuals such as Sawyer. Sawyer’s testimony also received little fanfare and, at least until Kemp released his letter, was unlikely to garner much attention because a month ago the lower court tossed the lawsuit in which Sawyer testified, finding the plaintiffs lacked standing, or a legal basis to sue.

Favorito v. Fulton County is currently on appeal. But no matter the outcome of that case, thanks to Kemp, the numerous problems with the Fulton County audit are now clearly within the public eye. Whether the Georgia Election Board or Secretary of State Brad Raffensperger will avert their glances again, however, is another matter.

A request for comment from the Georgia Secretary of State’s Office went unanswered. 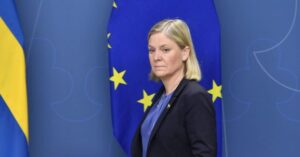 Gov. Brian Kemp: Ahmaud Arbery 'Victim of a Vigilantism that Has No Place in Georgia'