Sen. Kelly Loeffler (R-Ga.) said this week that “everything’s on the line” in Georgia’s upcoming runoff election in January, as she prepares to debate Democratic challenger Raphael Warnock.

Speaking Wednesday on Fox News’ “America’s Newsroom,” Loeffler suggested that a GOP-controlled Senate would be a “firewall against socialism,” warning that her Democratic opponents Warnock and Jon Ossoff will try to impose their will if elected.

Georgia is the firewall against socialism. @chuckschumer said, “Now, we take Georgia, then we change America.”

And he has his agent of change in @ReverendWarnock — the most radical candidate in America.

We are going to STOP them on Jan 5th. #gapol #gasen pic.twitter.com/NOt8tFXP1P

Should Democrats take the seats in the Jan. 5 runoff elections, they would have a 50-50 tie in the Senate, which would then make the tiebreaker either Vice President Mike Pence or vice presidential nominee Sen. Kamala Harris (D-Calif.) following the result of the general election.

The Epoch Times has not called the presidential election for either Trump or Biden, pending the outcome of legal challenges, as the Electoral College has the final say.

“Well, obviously everything’s on the line. We’re the firewall against socialism in this country,” Loeffler said.

“And Chuck Schumer said, ‘Now we take Georgia, then we change America,’ and that’s exactly what he means. We know he would abolish the filibuster, he’d pack the court, he’d implement a dramatic tax increase on all hard-working families across America, and he has his own agent of change in Raphael Warnock, who is running against me and my race—the most radically liberal candidate for senate in the country,” she added. 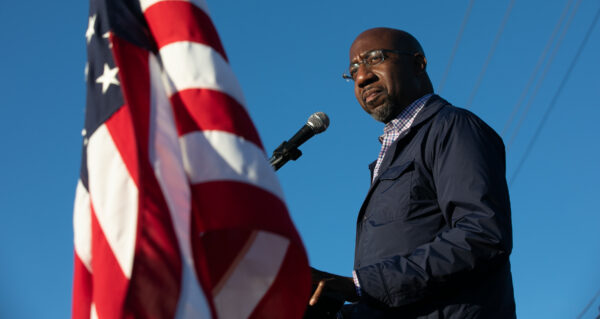 “Don’t take my word for it. It’s in his own words. He’s someone that doesn’t support the police. He said that you can’t serve in the military and serve God. He celebrated Fidel Castro in his own church. So, this is the type of candidate, the type of agenda that Democrats want to enact if we don’t hold the line in Georgia on Jan. 5,” she continued.

Warnock’s church in 1995 invited Cuban dictator Fidel Castro to speak while Castro was in the United States for a United Nations summit.

Warnock wouldn’t answer directly when asked if he attended the speech during a virtual appearance on CNN’s “State of the Union” on Sunday.

“I understand why Kelly Loeffler is trying to change the subject. I was a youth pastor. I had nothing to do with that program. I did not make any decisions regarding the program. I have never met the Cuban dictator. And so I’m not connected to him,” Warnock said Sunday.

Loeffler is set to participate in a debate with Warnock on Dec. 6, hosted by the Atlanta Press Club. Another debate will have Democratic Senate nominee Ossoff and an empty podium after Sen. David Perdue (R-Ga.) said he would not appear.