Michigan lawmakers said Friday that they weren’t aware of any information that would change the outcome of the presidential race in their state after a meeting with President Donald Trump.

“We have not yet been made aware of any information that would change the outcome of the election in Michigan and as legislative leaders, we will follow the law and follow the normal process regarding Michigan’s electors, just as we have said throughout this election,” state Senate Majority Leader Mike Shirley and state House Speaker Lee Chatfield, both Republicans, said in a joint statement.

“Michigan’s certification process should be a deliberate process free from threats and intimidation. Allegations of fraudulent behavior should be taken seriously, thoroughly investigated, and if proven, prosecuted to the full extent of the law. And the candidates who win the most votes win elections and Michigan’s electoral votes. These are simple truths that should provide confidence in our elections.”

State Senate Minority Leader Jim Ananich had criticized the meeting, saying Trump should be focused on combating the COVID-19 pandemic.

“The president is trying to find a scheme and trying to convince my colleagues to work around the 5.5 million people that cast their ballots in Michigan,” he asserted.

White House press secretary Kayleigh McEnany told reporters at the White House earlier Friday that it “is not an advocacy meeting.” 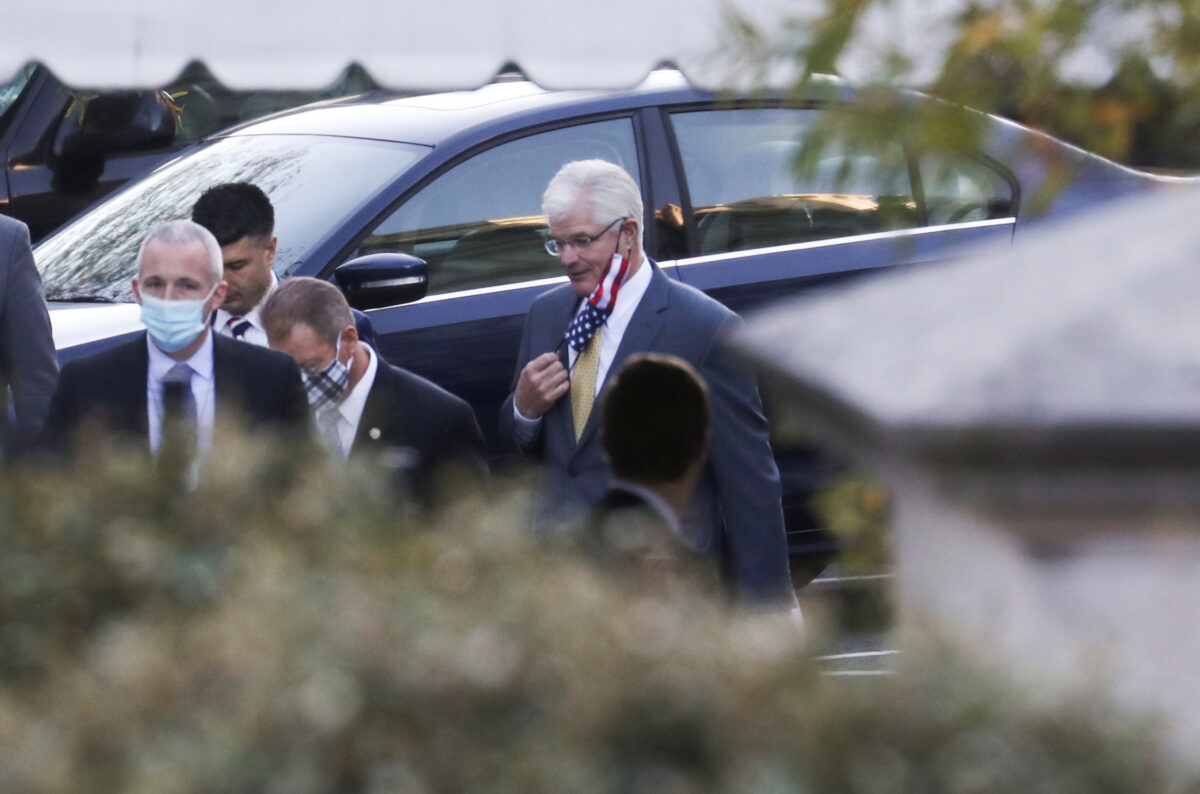 Michigan State Senate Majority Leader Mike Shirkey adjusts his mask as he arrives to meet with President Donald Trump at the White House in Washington on Nov. 20, 2020. (Leah Millis/Reuters)

“There will be no one from the campaign there. He routinely meets with lawmakers from all across the country,” she said.

Trump, a Republican vying for a second term, has not conceded to Democratic presidential nominee Joe Biden because of ongoing litigation contesting election results, McEnany added. Some media outlets have called the race for Biden and he has declared victory. The Epoch Times is not declaring a winner until the legal battles are resolved.

Trump hasn’t commented on the meeting with Michigan lawmakers as of Saturday morning. Earlier Friday, he shared a chart on Twitter that claimed election irregularities in Michigan because of a batch of nearly 150,000 votes came in early the day after Election Day, and 96 percent were for Democratic presidential nominee Joe Biden.

“Will use these charts in court case. The Election was a HOAX,” Trump alleged.

According to unofficial election results, Biden won Michigan by over 154,000 votes. The Michigan Board of State Canvassers is set to meet on Monday to discuss certifying the results.

Trump’s campaign filed a lawsuit to block certification in Wayne County but withdrew the suit on Thursday after two canvassers said they wanted to rescind votes they cast for certification, citing harassment. One of the canvassers, William Hartmann, said he hopes the state board looks further into irregularities in Wayne County.

“There are very real claims out there that the campaign is pursuing—234 pages of affidavits publicly available in one county alone; that’s Wayne County. And two individuals in the canvassing board there that have declined to certify,” McEnany said. 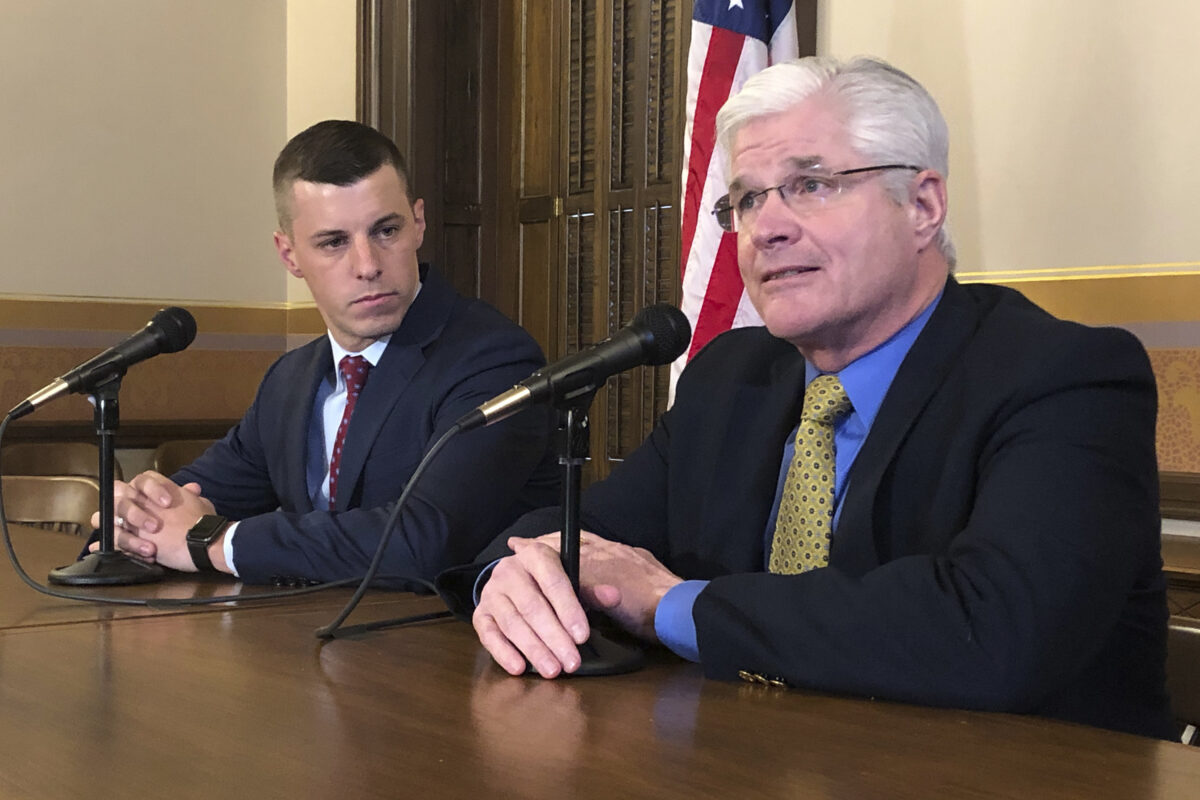 “She was assigned to voting duties in September, and she was trained by the city of Detroit and the state of Michigan. She was basically trained to cheat. She said that I was instructed by my supervisor to adjust the mailing date of these absentee ballot packages to be dated earlier than when they were actually sent in. The supervisor made that announcement for all workers to engage in that fraudulent practice. That’s not me saying that. That’s this American citizen saying that under oath,” he said.

A judge and an appeals court denied attempts to get a court order for an audit in Michigan this month.

Michigan Secretary of State Jocelyn Benson, a Democrat, said Thursday that there would be a statewide risk-limiting audit of the general election.

“This a typical, standard procedure following election certification, and one that will be carried out in Wayne County and any other local jurisdictions where the data shows any notable clerical errors following state certification of the November election,” she said in a statement.

“Notably audits are neither designed to address nor performed in response to false or mythical allegations of ‘irregularities’ that have no basis in fact. Where evidence exists of actual fraud or wrongdoing, it should be submitted in writing to the Bureau of Elections.” The bureau will then refer “all credible allegations” to the state’s attorney general, for further investigation Benson said.