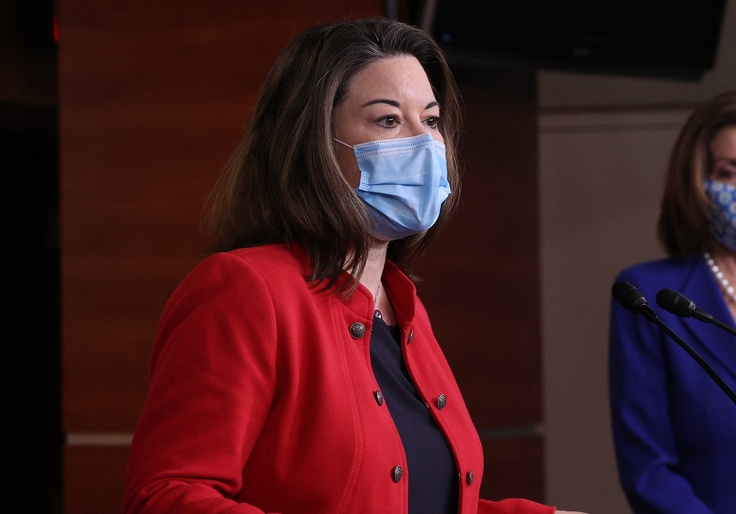 A swing-district Minnesota Democrat traveled to Los Angeles to fundraise with a liberal group that has repeatedly backed calls to defund police.

According to an invitation obtained by the Washington Free Beacon, Rep. Angie Craig (D., Minn.) appeared in the Golden State on Thursday for a big-ticket fundraiser with Heart of LA Democratic Club. The liberal group, which is “dedicated to actively promoting the full and equal representation of women and people who identify as women,” has repeatedly endorsed the movement to defund police.

In June 2020, the group praised Los Angeles’s Black Lives Matter chapter for its “compelling presentation to LA City Council on defunding the police,” a move it said would mark “a big step towards progress.” Months later, Heart of LA Democratic Club endorsed socialist Nithya Raman to serve on that council—Raman has openly called to defund police. The group also backed a police reform bill that, according to fellow liberal organization Indivisible, would “defund the police.” Heart of LA Democratic Club vice president Sarah Kate Levy, meanwhile, echoed calls to defund police last year, writing that while she “was a reformist” she now “see[s] clearly the need to defund.”

Craig’s willingness to fundraise with the group reflects the delicate balancing act the Democrat must undertake on policing as she looks to appease both liberal activists and centrist voters. Craig’s district includes the southern suburbs of Minneapolis, a city that experienced widespread riots and a subsequent crime wave following George Floyd’s death. Anti-police activists went on to spearhead a failed ballot initiative that would have dismantled the city’s police department. While Craig opposed the measure, she declined to actively campaign against it amid criticism from the Democratic Party’s left wing.

Heart of LA Democratic Club did not return a request for comment. Craig’s campaign told the Free Beacon the congresswoman “has always been an outspoken opponent of defunding the police.”

In addition to its endorsement of Raman, Heart of LA Democratic Club also backed Los Angeles district attorney George Gascón. One of Gascón’s top deputy attorneys, Tiffany Blacknell, has called to abolish prisons and referred to the city’s police officers as “barbarians.” Blacknell, a former Gascón campaign aide, landed the gig despite having no experience as a prosecutor.

Gascón also faced legal complaints in January after he imposed a number of progressive reforms, including waiving prosecution for many misdemeanor offenses, curbing cash bail, and banning certain sentencing enhancements for repeat offenders. The Association of Deputy District Attorneys for Los Angeles County called the moves “not merely radical, but plainly unlawful.”

Craig joined the House in 2019 after unseating incumbent Republican Jason Lewis by 5 points. She narrowly secured reelection in 2020, defeating GOP challenger Tyler Kistner by roughly 2 points. Kistner, a Marine Corps veteran who served four tours overseas, announced in April that he will run against Craig again in 2022.

UPDATE 12:12 p.m.: This piece was updated to include comment from Craig’s campaign.

16 Nov at 1:01 pm
California
Wisconsin Stations 500 National Guard Troops Outside Kenosha Ahead Of Rittenhouse Verdict
Election integrity? In Washington, a vote written on a napkin counts as a valid ballot