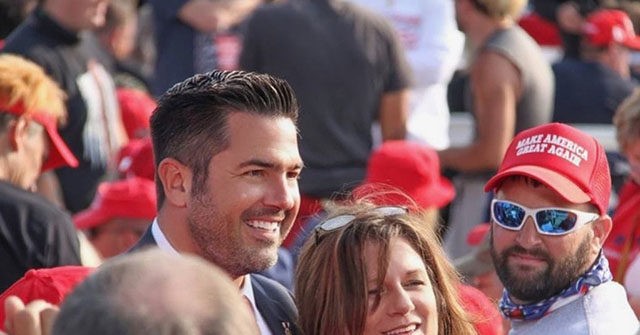 BUTLER, Pennsylvania — A longtime nanny to Pennsylvania Republican Sean Parnell’s three children testified on Tuesday that she had never witnessed Parnell abuse his children, an allegation Parnell’s wife leveled against him last week as part of a bitter custody battle.

Lori McGoogan said under oath during the final day of custody hearings at the Butler County Courthouse that she has provided child care for the children for about a decade — including in-home care starting about five years ago, overnight care, and completion of household tasks like laundry and dinner preparation — and that she never witnessed Parnell become unreasonable with his children.

When asked if she thought the kids were fearful of Parnell, McGoogan replied, “Absolutely not.”

McGoogan also indicated she works strictly through Parnell and conveyed that his soon-to-be ex-wife, Laurie Snell, did not approve of the nanny arrangement.

Testimony and evidence illustrated clear tension between McGoogan and Snell. At some point after the marriage separation, for instance, Snell began referring to McGoogan as only “the nanny” when she spoke about her — rather than McGoogan’s name as she had done in the past. A demanding text Snell sent to McGoogan reminding the nanny that Snell was her “boss” was read in court, and McGoogan stated she eventually blocked Snell’s number, saying interactions with Snell “caused me stress.”

Judge James Arner, who presided over the hearings, has not yet made a ruling on the case, but Snell is hoping for sole legal custody of the children.

In last week’s hearing, Snell accused Parnell of being physically abusive toward both her and their children. Snell cited two alleged incidents of child abuse that she said took place in February and May of 2018, and she claimed Parnell, in a separate incident, choked Snell in a rage until she bit him to release her. Snell’s attorney also presented a photo of a child with welts on their back as evidence of the alleged February 2018 incident, claiming the photo was of Snell and Parnell’s son and that Parnell struck the son and caused the welts.

Parnell, who is running for U.S. Senate in Pennsylvania with the backing of former President Donald Trump, took the stand Monday and unequivocally denied every abuse allegation Snell made against him and stated the injured child in the photo was not his.

During his cross-examination Tuesday, Snell’s attorney sought to expose inconsistencies and falsehoods in Parnell’s denials as she highlighted details about the abuse incidents. In her closing statement, she restated Parnell’s alleged history of “explosive anger and abuse” and argued that his behavior “inhibited his ability to co-parent.”

Parnell, a decorated Army veteran who served in Afghanistan in heavy combat for 16 months in 2006–2007, has been open about living with post-traumatic stress disorder (PTSD). He spoke about having PTSD during the hearings, saying he was diagnosed with the disorder upon returning home from Afghanistan but that it has “never manifested itself in a way where …. I was a danger to my wife and kids, ever.”

During the hearings Parnell also testified about a “very concerning” incident in which Snell had pinched one of their sons as punishment for calling her a name. Snell also confirmed the pinch had occurred during her own testimony, but Parnell elaborated on the pinch, saying his son’s cries of pain after the incident were unusual and that the son had “bruises on his arm for weeks” after it had happened.

During the final day of hearings, Parnell’s current partner, Melanie Rawley, was also brought in as a witness. She, like McGoogan, testified that Parnell is “the best dad I’ve ever seen” and that she has never witnessed him physically abuse the children.

On Monday, Snell claimed Parnell had an affair with Rawley for nine months in 2014. During Rawley’s testimony, she confirmed the nine-month relationship with Parnell but disputed the adulterous nature of it, saying, “It’s my understanding that they were separated.”

Parnell and Snell’s custody fight and concurrent divorce proceedings — which are typically messy personal affairs free of media scrutiny — remained open to the public after a judge denied Parnell’s requests in October that portions of the process be private. Parnell specifically requested records about the custody case be sealed and for the judge to approve a gag order against Snell speaking about two “protection from abuse” orders a judge had temporarily granted to her in 2017 and 2018.

The Philadelphia Inquirer reported on the two orders, noting both were granted briefly upon Snell’s initial request but that one was withdrawn after an agreement between Parnell and Snell within two weeks of Snell requesting it. The judge denied the other protection order following a hearing that included both parties. Both orders were later expunged.

Snell’s attorney, according to the Inquirer, did not want Parnell’s privacy requests granted and claimed Parnell was only looking out for his reputation and his political future. The judge honored Snell’s request to keep records open, which has resulted in the emotionally-charged divorce being thrust into the spotlight in recent weeks. “We are pleased with the Judge’s decision to keep the trial open to the public,” Snell’s attorney said in a statement at the time of the decision.

The small courtroom accommodated 15 members of the public, and at any given time, about ten of those were reporters taking notes down as the custody arguments played out. No phones or other recording devices were permitted inside the room.

On Tuesday evening after the string of hearings, Parnell issued a statement, saying, “The past week has been unquestionably the most trying in my young family’s life. I love my kids, and being their father is the greatest honor I have ever had.”

He added, “Now that I have had the opportunity to present my case I will not have anything further to say until the judge issues his ruling.”