Nearly 800,000 Absentee Ballots Have Been Requested for Georgia Senate Runoffs

Nearly 800,000 people have already requested absentee ballots for Georgia’s upcoming runoff elections that will decide which party has the majority in the Senate, the state’s election official said.

Ryan Germany, general counsel for Georgia’s secretary of state, said Monday during an election board meeting that some 762,000 absentee ballots have been requested for the runoffs, reported Atlanta Journal-Constitution. He also noted that a record 1.3 million Georgians voted via absentee ballots during the Nov. 3 general election.

In Georgia, voters who wish to vote absentee do not need to provide a reason. They are allowed to submit an application for an absentee ballot online, by mail, by fax, or in person.

“The number of absentee ballot requests that we’re seeing for the runoff is large as well, so if we want results at any time quickly, I think we’re going to need to do this,” Germany said, reported GPB. “The last week before the election, it becomes mandatory to do processing and scanning.” 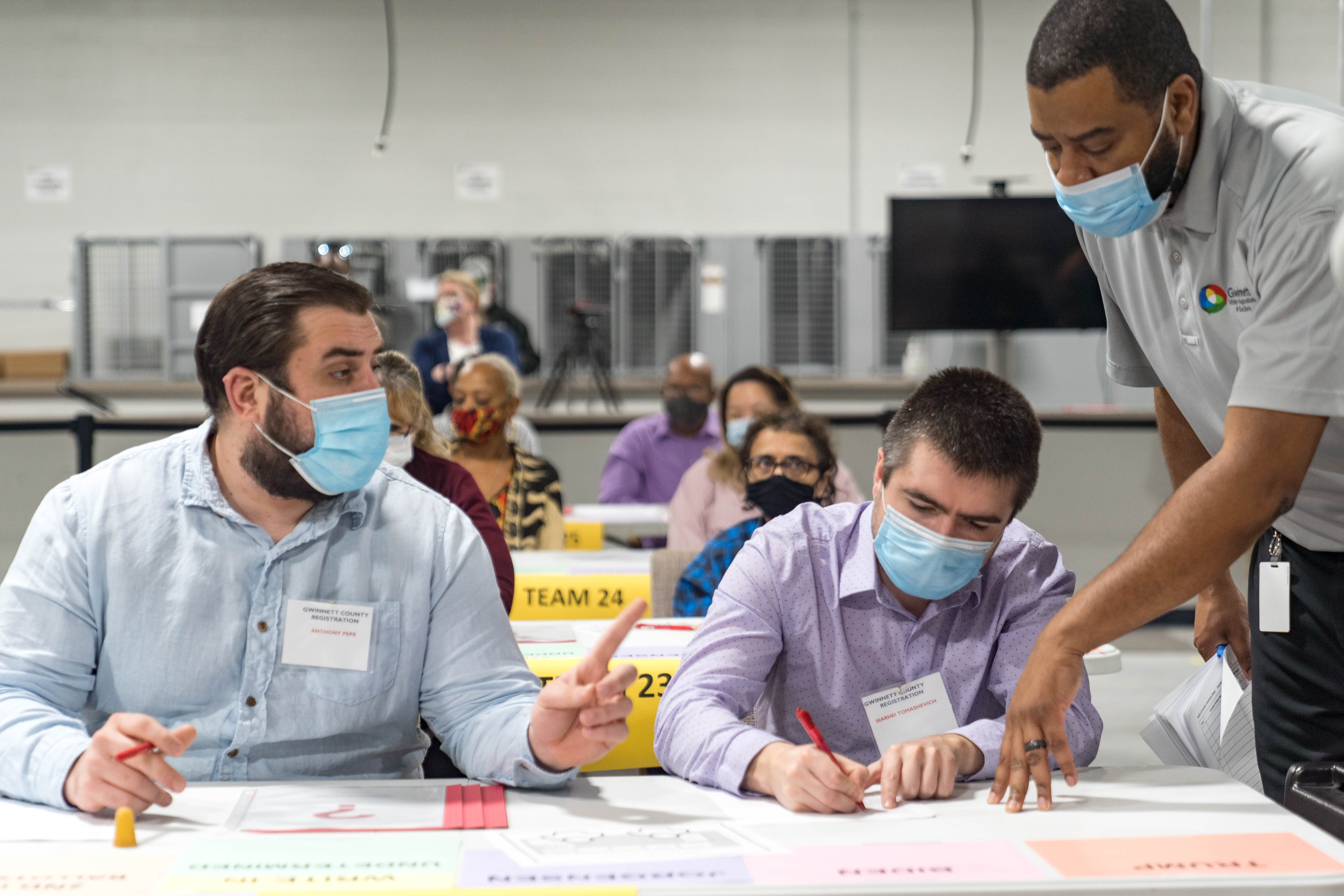 Georgia’s two Senate seats were sent into runoffs after no candidates reached the 50 percent of the vote needed to win. The Republican incumbents, Kelly Loeffler and David Perdue, will face off again with their Democrat challengers, Rev. Raphael Warnock and Jon Ossoff, respectively, on Jan. 5, 2021.

Both Republican candidates have argued that they must be reelected in order to prevent the Democrats from gaining enough power to carry out their socialist agenda.

“If we don’t win on January 5th, Chuck Schumer, Bernie Sanders, and Elizabeth Warren will gain control of the Senate and be able to fast-track their radical socialist agenda,” Loeffler wrote on Twitter. “America simply can’t afford to let that happen.”

“Chuck Schumer, Nancy Pelosi, and Jon Ossoff want to radically change America by defunding the police, give millions of illegal immigrants the right to vote, and make Washington DC the 51st state,” Perdue wrote on Twitter, along with an ad featuring the three Democrats.

Earlier this month, Andrew Yang, a former Democratic presidential candidate, said he’s moving to Georgia to help Democrats in the runoffs and urged his 1.7 million followers to do the same.

“This is our only chance to clear Mitch out of the way and help Joe and Kamala get things done in the next 4 years,” Yang wrote on Twitter. “More details to come but let’s go!!!”