Expert: Hard Evidence of Corruption in US Election System

Russell Ramsland is co-owner of the Allied Security Operations Group and has been investigating what happened with the Dominion software that was used during the Nov. 3 election.

Ramsland told New Tang Dynasty (NTD) news on Sunday that his team studied the data from the 2018 elections for 18 months and found significant mathematical evidence of corruption within the U.S. election system.

Ramsland said that he has collected hard evidence of voter fraud from an analysis of the 2018 election logs to the Nov. 3, 2020 election, and warned if action is not taken to address the corruption, America could end up like Venezuela.

“We just went through and we discovered all this about the election system. We have tried to get people in DC to pay attention. No, no, no, they didn’t want to hear about it.” He added, “I think if we don’t win this election, we may never be able to get rid of this totally corrupt voting system that we have. And if we don’t, we’re on our way to Venezuela.”

President Trump and his legal team have been contesting the results of the Nov. 3 election, citing irregularities and voter fraud. 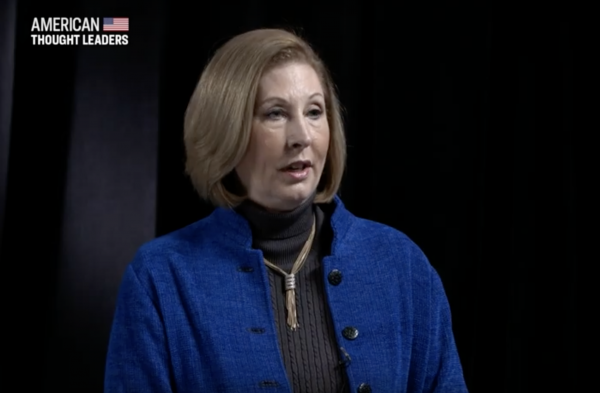 Attorney Sidney Powell has also alleged that the 2020 election was rigged in favor of Democrat Joe Biden due to Dominion and Smartmatic software programmed to switch votes in the voting machines.

Powell, in a statement, wrote, “The evidence I’m compiling is overwhelming that this software tool was used to shift millions of votes from President Trump and other Republican candidates to Biden and other Democrat candidates,” she added. “We are proceeding to prepare our lawsuit and plan to file it this week. It will be epic.”

Ramsland came to a similar conclusion, saying “There really is hard evidence. I mean, they really did use an algorithm, and it wasn’t votes that were counted. It was a mathematical model, and allocated votes, and we can see the evidence because we see decimal places.”

The Epoch Times has not obtained such evidence and cannot independently verify this claim.

“We’ve gone back and traced the spikes, we’ve seen where they were cast, primarily in four counties. We’ve looked at how long it took to cast those votes and we’ve looked at the equipment that exists and all those locations by serial number. And the fact of the matter is, we can’t see any physical way possible for some of those votes to have been in those kinds of numbers because they just don’t have the equipment to produce it.”

Dominion, however, in several statements to The Epoch Times, has categorically denied allegations of election tampering and voter fraud, saying that Trump’s team has peddled “falsehoods regarding Dominion” in recent press conferences and interviews.

“Dominion employees do not have access to the [canvass] adjudication system, nor do they operate it,” the Toronto-based firm said in a statement. It added that “access to the adjudication system resides with the election authority using it” and that “the system is controlled through secure and verifiable user accounts, and all voter intent adjustments are securely logged in the system and then recorded in the digital image of the ballot.”

However, Ramsland is convinced of corruption within the voting system and said this is not about Biden or Trump, but rather that this election is about “whether we the people are going to have an honest voting system.”

23 Nov 2020
Perdue, Loeffler Back Trump’s Request for a Recount in Georgia
Nearly 800,000 Absentee Ballots Have Been Requested for Georgia Senate Runoffs