Authored by Christian Britschgi via Reason.com,

Retail stores in most of California are only allowed to operate at 25 percent capacity. A new bill in the state legislature would ensure that whatever part of their shop is allowed to be open is as inclusive as possible.

Last week, Assembly Members Evan Low (D–Cupertino) and Cristina Garcia (D–Los Angeles) introduced a bill that would require retailers to offer their toys and childcare products in a gender-neutral format.

Brick-and-mortar shops would have to display the majority of their products and clothing aimed at children in one undivided, unisex area on the sales floor. 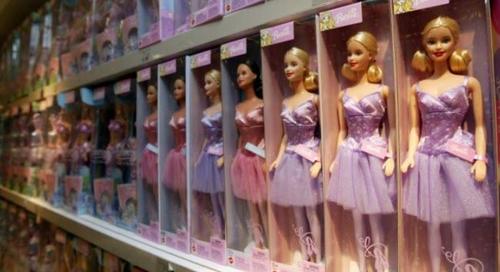 They’d also be barred from putting up signage that would indicate whether a product was intended for a boy or girl.

California-based retailers that sell children’s products online would also have to have a page on their website that offers these products in a general neutral fashion.

The bill would allow retailers to title that section of their website “kids,” “unisex,” or “gender neutral.”

The bill is nearly identical to one that Low introduced last year, telling Politico at the time that he was hoping to create a more inclusive shopping experience.

“This is an issue of children being able to express themselves without bias,” he said.

Low dropped the bill in May to prioritize COVID-19-related work but promised to pick up the fight later, saying in a statement that “the policy behind this bill is not only important in regards to addressing perceived societal norms but also ensuring that prejudice and judgment does not play a prominent role in our children’s lives. I look forward to working on this issue in the future.”

If passed, stores that did put dresses in a separate girls section could be hit with a $1,000 civil fine. The policy would only apply to retail department stores with over 500 employees.

Even without mandates, some retailers have been moving away from gendered in-store promotion. In 2015, Target announced that it would get rid of separate sections for bedding and toys.

At the time, the company was careful to note that they weren’t eliminating all gender distinctions in their store layout and signage, saying that “some cases, like apparel, where there are fit and sizing differences” gender-based suggestions were appropriate.

Low’s bill would deprive Target and other retailers of making that choice for themselves.

That stores like Target are voluntarily moving toward more gender-neutral promotions shows that mandating such a change isn’t necessary to provide a genderless child section to shoppers. The fact that some haven’t made the same move suggests that there may still be customers who find gendered distinctions helpful.

Regulating how companies market their products online and in their stores could potentially raise First Amendment challenges as well.

The bill would appear to disadvantage brick-and-mortar stores versus online retailers. But it’s those same brick-and-mortar retailers that have been hammered by the pandemic and related lockdown restrictions. Having to spend more complying with new regulations is the last thing many need.

“There are clear political and social motivations behind this bill, namely to use the state to compel “inclusivity” and encourage the “self-expression” of disordered inclinations at a very young age. It’s despicable,” commented Evan James.