Sweeney is the high-profile New Jersey who lost re-election to Republican truck driver Edward Durr. When the Associated Press declared Durr the winner, he held a lead of nearly 4% over Sweeney.

Sweeney, however, is refusing to concede. Shockingly, Sweeney supported his decision by claiming officials had recently discovered 12,000 ballots.

“The results from Tuesday’s election continue to come in, for instance there were 12,000 ballots recently found in one county,” Sweeney told the Philadelphia Inquirer. “While I am currently trailing in the race, we want to make sure every vote is counted. Our voters deserve that, and we will wait for the final results.”

The claim is not only eye-popping because of the nature of the discovery (why are any ballots being “recently found”?), but the claim suggests that up to one-fifth of the ballots in the race were somehow lost. When the AP called the race, Durr had 32,742 votes while Sweeney had 30,444 with 100% of precincts reporting.

Sweeney did not say in which county the ballots were allegedly discovered. New Jersey election officials have not corroborated Sweeney’s claims.

What did Durr say?

Sweeney’s refusal to concede is not stopping Durr from celebrating. The truck driver, who spent less than $10,000 on his campaign, said he is ready to serve his constituents.

“I’m absolutely nobody. I’m just a simple guy. It was the people, it was a repudiation of the policies that have been forced down their throats,” Sweeney said of his victory, the Inquirer reported.

“It’s people told they can’t have a job. They can’t go to church. They can’t go to school. You can’t go shopping. They can’t go and eat dinner,” he continued. “You cannot continue to tell people they cannot do things when we live in the freest country in the world. And you think you’re just gonna sit on your hands and do nothing. Gov. Murphy kept telling you, ‘no, no, no.’ And Sen. Sweeney sat there and all right, whatever.”

7 Nov at 3:26 pm
13 Republicans Who Voted for Biden's Infrastructure Bill Scramble to Explain Themselves to Voters 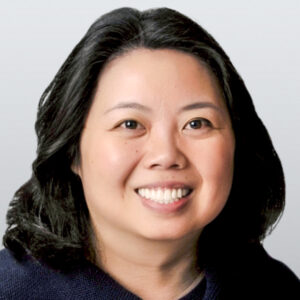