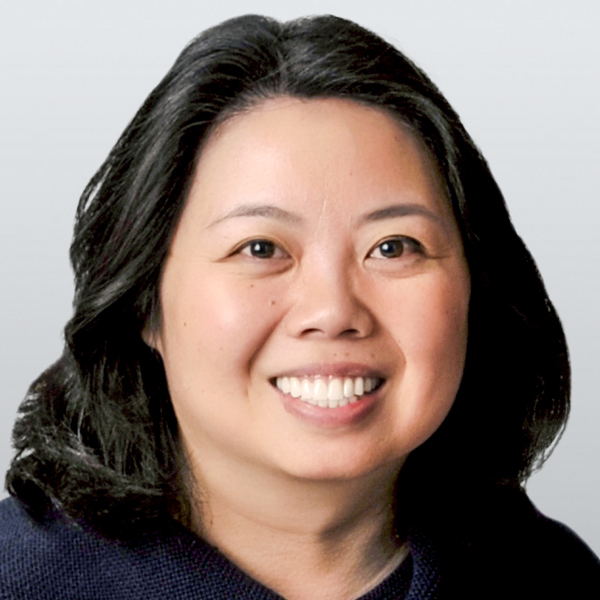 Loudoun County, VA.—A grassroots election integrity initiative led to over 3,000 new poll watchers—the majority of them conservatives—working during the Virginia gubernatorial election. The result was a much higher Republican poll watcher presence at the ballot box.

Traditionally, more election officers and poll watchers have been Democrats. “For over a decade, they [Democrats] have focused on the election system, the election office, and changing the way people vote,” Cleta Mitchell, a senior legal fellow at the Conservative Partnership Institute, told The Epoch Times.

However, during this Virginia gubernatorial election, Republican poll watchers outnumbered Democratic ones, according to Jonathan Haines, vice president of the Virginia Institute for Public Policy.

Poll watcher turnout tends to be low in most elections, Haines said, except for in general elections for the presidency. But it was different in Virginia this time. For example, in Loudoun County, Republican poll watchers were present almost every day at all four polling locations throughout the 45-day early voting period, according to Shelley Oberlander, chair of the election integrity workgroup of the Loudoun County Republicans.

Citizens “really rose to the occasion,” Oberlander told The Epoch Times. “I think once they start getting educated and really learning the process and what was involved, and that they could make a difference in integrity, they did.”

10 Months in the Making

In February, a group of grassroots non-profits began an election integrity drive with the aim of using the Virginia gubernatorial election as a beta to “restore trust” in elections. They formed the Virginia Fair Elections Coalition, composed of over 20 mostly conservative groups. Both the Conservative Partnership Institute and Virginia Institute for Public Policy are partner organizations.

According to Mitchell, the entire cycle—from forming a coalition to dispatching new watchers to polls—takes almost a year.

The election integrity issue hasn’t been in the spotlight as much as parents’ rights and education, but is a significant concern for many voters, according to coalition leaders. They are confident that what has worked in Virginia can be replicated in other states.

Such actions are already underway. On Nov. 10, an 18-city tour will kick off in Georgia to start building a similar coalition there, according to Jenny Beth Martin, co-founder of the Tea Party Patriots, a non-profit based in Georgia and a coalition partner. She said similar election integrity initiatives didn’t run in New Jersey, another state which had a gubernatorial election in November, as the coalition focused on Virginia as the pilot state.

In Virginia, the coalition organizations reached out to conservative voters and offered poll watching certification training for recruits. Those trained would then contact their political parties—or election office if they are non-affiliated—to become poll watchers for either the Democratic, Republican, or non-affiliated party.

In addition, Mitchell of the Conservative Partnership Institute said the coalition trained additional members to be part of the “Citizens Task Force,” a grassroots-led group that attended local election board meetings, observed voting machine selections, and other election-related procedures to monitor and ensure compliance. These procedures are open to all members of the public, and do not require that observers have certification.

By April, the coalition was hosting a weekly teleconference for group leaders to discuss and exchange progress reports. This turned to a twice-weekly call in July, and later became open to all volunteers when the early voting period began on Sept. 17. During this time, the call became a helpful venue for poll watchers to talk through various real-life scenarios and further their training, according to Haines of the Virginia Institute for Public Policy.

Haines said the coalition trained thousands of poll watchers in total, and 300 during an August summit in Richmond alone. The course could also count towards part of the training to become an election officer, given that the subject matters overlap. Election officers are paid positions that require certification from the local board of elections, while poll watchers are volunteers that are appointed and authorized by the local political parties or independent candidates.

She was thankful to Judy Brown, general registrar with the county’s election and voter registration office, for listening to the Republican Party’s suggestions based on lessons learned from the 2020 general election, and implementing some of them in the November elections. One of them was to ensure that absentee ballots returned by in-person voters were destroyed so that no one could reuse them. Another was to hire Republican election officers before tapping into the non-affiliated list to ensure a 50-50 representation from both parties.

Oberlander was hopeful for more improvements, such as verifying tabulation results by hand counts in at least a few precincts. “We researched our machines and our voting equipment. We are trying to learn as much as we can about it,” she said.

“Unfortunately, there’s just a lot of limitation on what we can see and understand about our computers. And we just really can’t know much about the software.”

Terri Wu is a Washington-based reporter for The Epoch Times. 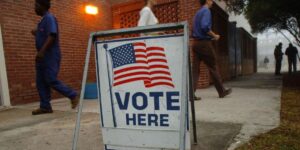 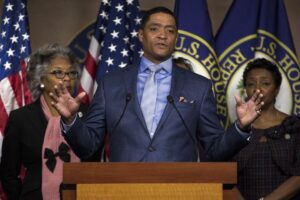