On Thursday, The Associated Press called the race for Durr. Other Democrats in the state were dumbfounded by the news.

“It is stunning and shocking and I cannot figure it out,” New Jersey Senate Majority Leader Loretta Weinberg said, according to the AP.

Durr is a truck driver for a furniture company, and he has never held political office before. Initial reports said he spent just $153.31 on his campaign, but USA Today said documents filed Wednesday showed the number to be $2,160.

Durr reportedly condemned the initial rumors and estimated he spent between $5,000 and $10,000 when all was said and done. That is still much less than Sweeney, who had spent $490,576 as of Oct. 4, according to USA Today.

This should be an encouraging story of the “common man” representing the people and defeating an establishment politician. Instead, Sweeney has stolen the headlines with his refusal to concede.

“The results from Tuesday’s election continue to come in, for instance there were 12,000 ballots recently found in one county,” Sweeney told Politico on Thursday.

“While I am currently trailing in the race, we want to make sure every vote is counted. Our voters deserve that, and we will wait for the final results.”

If Sweeney thinks this is somehow going to help his case, he is sorely mistaken. The AP and multiple other major news outlets have already declared Durr the winner of the race.

By claiming 12,000 ballots were found, Sweeney is simply making himself appear more questionable. If those ballots somehow gave Sweeney a victory in a race he already lost, there would need to be serious questions regarding where they came from and why they were not previously known.

Democrats and Republicans may have different ideas about what the exact problems are and what needs to be done to fix them, but both parties have expressed concerns about the fairness of elections in our country. Claiming to find 12,000 ballots out of the blue after a race has already been called just does not seem like a great way to increase confidence.

To be fair, refusing to concede elections is not exclusive to the left. In the same state of New Jersey, Republican gubernatorial candidate Jack Ciattarelli said he had no plans to concede despite the race being called in favor of Democratic incumbent Phil Murphy, WNBC-TV reported.

The problem is that Democrats are the ones who have suggested that politicians who refuse to concede elections are a threat to democracy.

After the 2020 presidential election, former President Donald Trump expressed a desire for the country to count all votes and go through necessary litigation before conceding the race. According to The New York Times, then-Senate Minority Leader Chuck Schumer said President Joe Biden won “fair and square” and called Trump’s points “extremely dangerous, extremely poisonous to our democracy.”

“Republican leaders must unequivocally condemn the president’s rhetoric and work to ensure the peaceful transfer of power,” Schumer said.

Even in the case of New Jersey, multiple leftists suggested Ciattarelli was acting inappropriately by not conceding.

The GOP playbook, if you don’t win the election is rigged. Jack Ciattarelli, probably lost the election, but like dumb ass trump he won’t concede., and the red hats are having a meltdown. They fail to see that before trump and his lies elections happened, someone won or lost.

Didn’t you say say just like in sports “a win is a win”. Murphy won. Respect NJ and our voters enough to concede gracefully.

However, these people are ignoring a Democrat who is refusing to concede an election he lost “fair and square.” Shouldn’t we expect the same fervor from Schumer and other Democrats in condemning this behavior?

In reality, if you are waiting for the Democrats’ condemnation of Sweeney, you’ll be waiting for the rest of time. That is because the left’s priority is not ensuring fair and smooth elections, but rather ensuring their own victory.

Edward Durr won in New Jersey, and he will be the newest state senator to represent the state’s third district. No amount of arguing or complaining from Sweeney will change that simple fact. 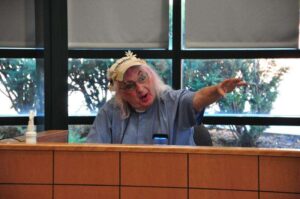 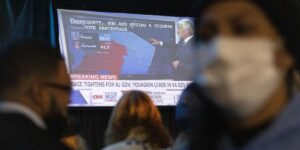