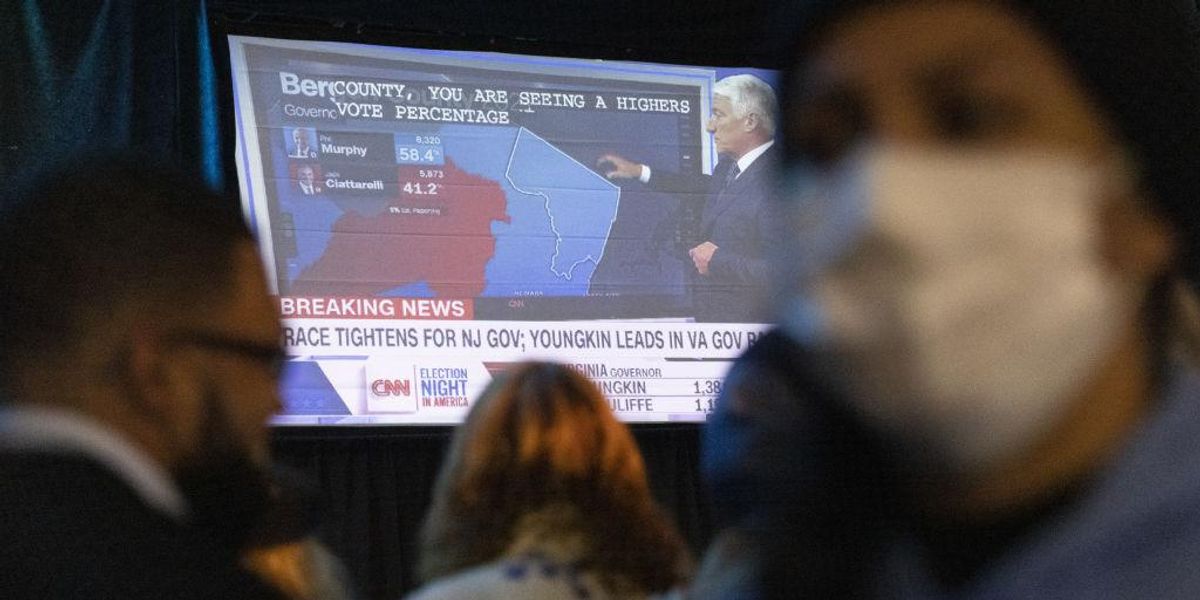 A top pollster in New Jersey has publicly apologized for being drastically wrong with a prediction about the results of the state’s 2021 gubernatorial election.

But political observers were shocked when Murphy narrowly defeated Ciattarelli by less than two percentage points — a horrific result for Democrats in a state President Joe Biden won by more than 15 percentage points last year.

“I owe an apology to Jack Ciattarelli’s campaign — and to Phil Murphy’s campaign for that matter — because inaccurate public polling can have an impact on fundraising and voter mobilization efforts. But most of all I owe an apology to the voters of New Jersey for information that was at the very least misleading,” Murray wrote.

Monmouth polls for months leading up to the election had shown Murphy leading the race with double-digit support over his opponent. However, the most accurate pollster proved to be the Trafalgar Group, which in the weekend before Tuesday’s election had Murphy just four points ahead of Ciattarelli.

Murray acknowledged there’s a “growing perception that polling is broken,” which has led some firms to stop polling elections to avoid damaging the reputations of their public interest polling.

“If we cannot be certain that these polling misses are anomalies then we have a responsibility to consider whether releasing horse race numbers in close proximity to an election is making a positive or negative contribution to the political discourse,” he wrote.

“This is especially important now because the American republic is at an inflection point. Public trust in political institutions and our fundamental democratic processes is abysmal,” Murray continued. “Honest missteps get conflated with ‘fake news’ — a charge that has hit election polls in recent years.”

Murray suggests that if polling firms continue to get election results wrong and undermine public confidence in polling, it may be better not to do horse race polls of elections at all.

“Most public pollsters are committed to making sure our profession counters rather than deepens the pervasive cynicism in our society,” he said. “We try to hold up a mirror that accurately shows us who we are. If election polling only serves to feed that cynicism, then it may be time to rethink the value of issuing horse race poll numbers as the electorate prepares to vote.”