Top Republicans in North Carolina are meeting Monday to vote on whether to censure Sen. Richard Burr (R-N.C.) after he sided with Democrats and six other Republicans to convict former President Donald Trump.

An official with the North Carolina Republican Party confirmed to The Epoch Times that the censure vote is being held by the party’s Central Committee.

Kyshia Lineberger, the Republican National Committee committeewoman for North Carolina, will be one of those voting. She plans to vote yes.

“Senator Burr called the impeachment trial ‘unconstitutional’ leading his constituents to believe that he would cast a not guilty vote,” she told The Epoch Times via email.

“He shocked all of us with his guilty vote on what he called an unconstitutional process. This is highly disappointing for North Carolina Republicans.”

The party’s Central Committee features a chairperson for each of the state’s congressional districts, among other officials.

The vote on whether to censure Burr comes two days after he voted to find Trump guilty of inciting an insurrection at the U.S. Capitol in Washington on Jan. 6. 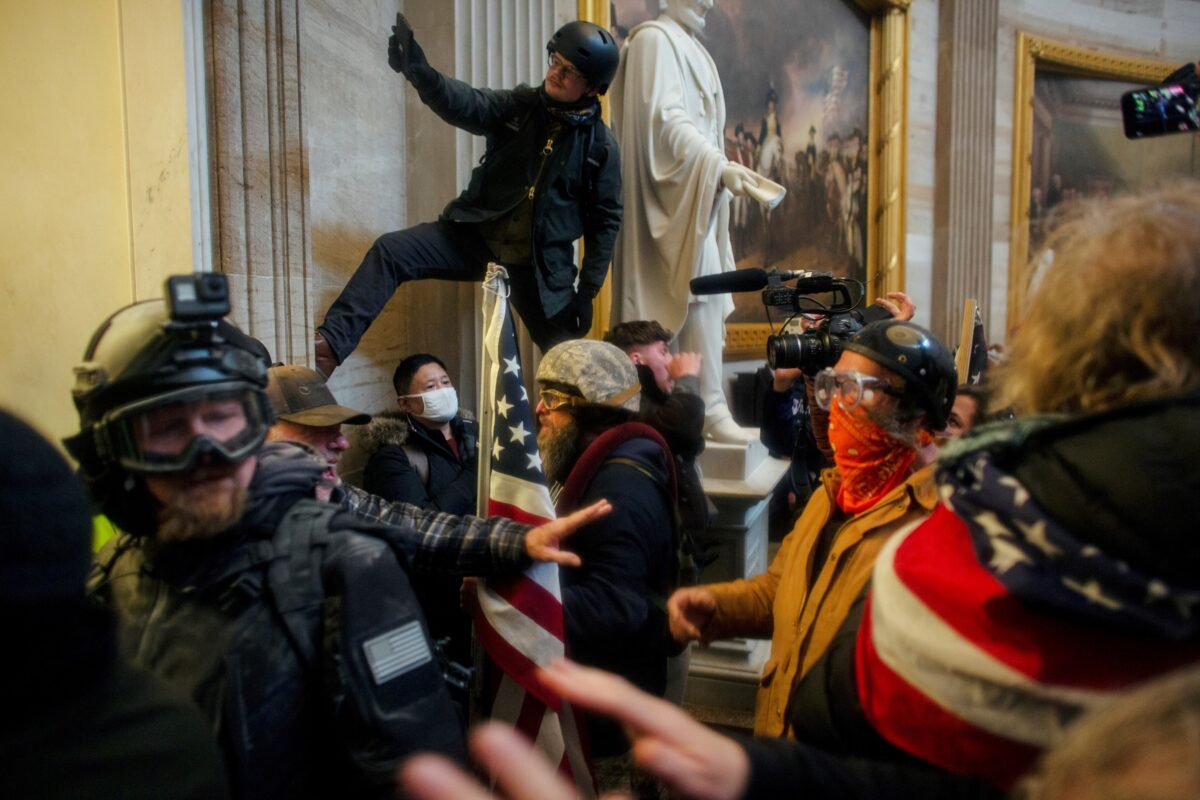 Burr said he agreed with arguments that the former president’s language about the election results contributed to the breach of the Capitol.

“When this process started, I believed that it was unconstitutional to impeach a president who was no longer in office. I still believe that to be the case. However, the Senate is an institution based on precedent, and given that the majority in the Senate voted to proceed with this trial, the question of constitutionality is now established precedent. As an impartial juror, my role is now to determine whether House managers have sufficiently made the case for the article of impeachment against President Trump,” he said in a statement, referring to how he voted twice to dub the trial unconstitutional.

“I have listened to the arguments presented by both sides and considered the facts. The facts are clear,” he added. “The President promoted unfounded conspiracy theories to cast doubt on the integrity of a free and fair election because he did not like the results. As Congress met to certify the election results, the President directed his supporters to go to the Capitol to disrupt the lawful proceedings required by the Constitution. When the crowd became violent, the President used his office to first inflame the situation instead of immediately calling for an end to the assault.”

Burr and the other Republicans who called Trump guilty have faced backlash from within the party. Sen. Bill Cassidy (R-La.) was quickly censured by the state GOP, while North Carolina GOP Chairman Michael Whatley called Burr’s vote “shocking and disappointing.” The North Carolina House Freedom Caucus also voted over the weekend to condemn Burr for the vote. Rep. Mark Walker (R-N.C.), who is running for Burr’s seat, said North Carolina “needs a true conservative champion as their next senator.”

Sen. Thom Tillis (R-N.C.), the state’s other senator, voted not guilty. Trump was acquitted because the guilty votes fell short of the 67-vote threshold.