An Old Dominion University assistant professor who argued to destigmatize pedophiles by referring to them as “minor-attracted persons” has been placed on leave by the university.

“Old Dominion University has placed Dr. Allyn Walker on administrative leave, effective immediately, from their position as assistant professor of sociology and criminal justice,” they said in a statement.

“I want to state in the strongest terms possible that child sexual abuse is morally wrong and has no place in our society,” said ODU President Brian O. Hemphill, Ph.D. “This is a challenging time for our University, but I am confident that we will come together and move forward as a Monarch family.”

Walker is desperately trying to salvage his/her’s reputation in lieu of the controversy.

“I want to be clear: child sexual abuse is morally wrong and inexcusable crime. As an assistant professor of sociology and criminal justice, the goal of my research is to prevent crime. My work is informed by my past experience and advocacy as a social worker counseling victims. I embarked on this research in hopes of gaining understanding of a group that, previously, has not been studied in order to identify ways to protect children,” Walker stated.

Big League Politics reported on Walker’s advocacy for pedophiles, including the bizarre claim that pedophiles can be “moral”:

“An assistant professor at Old Dominion University (ODU) is defending pedophiles, calling them by their new preferred euphemism of “minor-attracted persons,” and claiming that their behavior can be “moral.”

ODU assistant professor of sociology and criminal justice Allyn Walker wrote his book, A Long Dark Shadow: Minor Attracted People and Their Pursuit of Dignity to promote pedophile acceptance. He explained the rationale behind his thoughts while taking questions in a recent livestream.

“I use the term minor-attracted person or MAP in the title and throughout the book for multiple reasons. First of all, because I think it’s important to use terminology for groups that members of that group want others to use for them, and MAP advocacy groups like ‘Before You Act’ have advocated for use of the term MAP. They’ve advocated for it primarily because it’s less stigmatizing than other terms like pedophile,” Walker said.

“A lot of people when they hear the term pedophile, they automatically assume it means a sex offender, and that’s not true, and it leads to a lot of misconceptions about attractions toward minors. I’ve definitely heard the idea that you brought up though that the use of the term minor-attracted person suggests that it’s okay to be attracted to children, but using a term that communicates who someone is attracted to doesn’t indicate anything about the morality of that attraction,” he added.

Other comments from the discussion make it abundantly clear that Walker is defending pedophilia and trying to mainstream pedophiles into the LGBT movement.

“Non-offending MAPs by definition do not abuse children so their behaviors are moral, but they’re still being subjected to this same idea that they’re bad people,” Walker said.

“Stigma against MAPs is a problem in part because it makes MAPs think that they’re monsters. That’s really problematic in terms of MAP well-being. It’s really hard to cope because you think you’re a terrible person because you have attractions you can’t change,” he added.“

Walker’s suspension is a good start, but it must end in this monster being run out of academia and polite society. 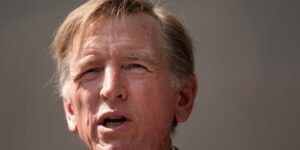 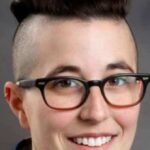