Elections up and down the ballot in 2021 have strongly indicated there is going to be a red wave next year.

Republican Daniel Rickenmann won the runoff mayoral race in Columbia, South Carolina, with 52 percent of the vote, according to The State news outlet on Wednesday.

FINAL: @Rickenmann will be the 37th mayor of Columbia, South Carolina. pic.twitter.com/1DGm09mVRn

“It was an incredible thing,” Rickenmann said during his victory speech, WLTX-TV reported. “Everyone who supported us. It’s about one Columbia. We are not divided; we are united!”

The election results will be certified Thursday by the city’s election commission, according to The State.

Councilwoman Tameika Isaac Devine ran against Rickenmann and will be replaced by another Democrat, Aditi Bussells, on the city council.

“I am so proud of the race that we ran,” Devine told WLTX. “Our vision of a more inclusive and equitable Columbia may be delayed, but it is not gone.”

Rickenmann’s victory might seem like it’s no big deal, but the recent political past of the region is worth noting. Columbia is the capital of South Carolina and the largest city in Richland County, which voted for Joe Biden for president with 68.4 percent of the tallies in the 2020 election, according to Politico.

Will Republicans see more victories in 2022?

Even more shocking is that Columbia is in a congressional district where Democrats have a 17 percent party registration advantage, and Biden surrogate Jim Clyburn is their representative.

The mayoral seat currently is held by Democrat Steve Benjamin, who has served in the office for 11 years.

Congratulations to Mayor-Elect Daniel Rickenmann @Rickenmann & Councilwoman-Elect Aditi Bussells @aditisrivastav on their big wins tonight. @CityofColumbia is a special place and I know they will serve us well.

Rickenmann ran his campaign with public safety being his “top priority,” his website states, which likely is what put him over the top.

Texas State Rep Deals Blow to Democrats, Switches to GOP: The Values of Those in DC Are Not Our Values

Columbia is safer than only 2 percent of American cities, according to Neighborhood Scout, meaning residents are looking for a change in their community.

Runoff elections typically have low voter turnout, which is why seemingly unlikely outcomes can occur.

Democratic voters probably assumed their preferred candidate would have no problem winning, so they didn’t bother to vote.

Regardless, Rickenmann’s victory is a huge chance for him to bring conservative leadership and policies to a major city that needs them.

This win should energize Republicans nationwide to get active with local campaigns, as political miracles are possible. 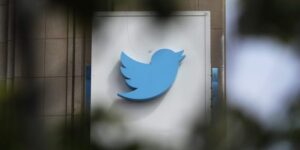