On Wednesday, the Pennsylvania GOP is scheduled to meet over Zoom to vote on censuring Republican Sen. Pat Toomey over voting during a second impeachment to convict former President Trump for “inciting an insurrection.”

Toomey was one of seven GOP senators who joined Democrats to vote yes on conviction, which ultimately fell flat at 57 to 43 in favor of acquittal. The others who broke rank include Sens. Richard Burr, R-N.C.; Bill Cassidy, R-La.; Susan Collins, R-Maine; Lisa Murkowski, R-Alaska; Mitt Romney, R-Utah; and Ben Sasse, R-Neb.

Upon the senator’s vote, Pennsylvania Republican Party Chairman Lawrence Tabas emailed county chairs to notify them of a meeting about Toomey’s actions to “address issues and consider action.”

“I share the disappointment of our grassroots leaders and volunteers over Senator Toomey’s vote today,” Tabas said in a statement on Feb. 13, following Trump’s acquittal. “This post-presidency impeachment proceeding was an unconstitutional theft of time and energy that did absolutely nothing to unify or help the American people.”

Ahead of the vote to censure Toomey, several GOP counties have already taken action. Clarion, Lawrence, Washington, York, and Centre Counties have voted to separately censure Toomey. The Clarion County Republican Committee rebuked Toomey’s conviction vote as “a purely self-serving vindictive and punitive action by those with establishment political objectives.”

The Lawrence County GOP notably voted to censure Toomey prior to the impeachment proceedings, taking issue over Toomey “not standing up for fellow Republicans,” said Chairman Gale E. Measel Jr.

Montgomery County Commissioner Republican Joe Gale, who is currently running for governor in the Commonwealth, said in a statement to The Federalist on Friday that Toomey represents the “D.C. swamp.” The commissioner also said he thinks the Pennsylvania GOP is trying to censure Toomey for show, while they maintain intimate ties with establishment operatives that hold the same viewpoints and political priorities as Toomey.

“The GOP censuring Senator Toomey is certainly warranted, but ultimately nothing more than window dressing designed to convince conservative voters and donors that the Republican establishment is distancing themselves from Washington RINOs [Republicans In Name Only].  In truth, party bosses are tied at the hip with D.C. swamp rats like Pat Toomey,” Gale told me. “Case in point, the poster boy for the Never Trump movement is Mitt Romney, yet his niece, Ronna Romney McDaniel, was just re-elected as RNC Chair after losing the House in 2018 and then the Senate, and White House in 2020.  This nonsense is a textbook ‘good cop, bad cop’ routine to hoodwink conservatives into believing the GOP establishment represents and shares their values.”

Toomey is not the only Republican senator who has been rebuked by his state party for voting to impeach Trump. Within hours of the impeachment vote, the Louisiana GOP censured Sen. Bill Cassidy. Last Monday, the North Carolina GOP also voted to censure Sen. Richard Burr over his vote on conviction. Collins and Romney have also faced censure calls in recent weeks from people within their state parties.

“I always thought highly of Pat, and that has not changed,” Bruce Castor, lead Trump impeachment attorney, told The Federalist. Castor has Pennsylvania roots and served as a district attorney in Montgomery County for eight years.

“Rather than looking backward or pointing fingers,” state Rep. Rob Mercuri said in a statement to The Federalist, “now is the time for all Pennsylvania Republicans to unify around our vision for the Commonwealth.”

“The move to censure Toomey plays directly into the hands of the Democrats and their handmaidens in the corporate media,” said Albert Eisenberg, a political strategist and co-founder of Philadelphia media outlet Broad + Liberty. “…We would be much better served figuring out how to hold Democrats accountable on school reopenings and publicizing our state’s miserable Covid vaccine response, spearheaded by Dr. Rachel Levine, who is about to be promoted to the Biden administration.”

The Pennsylvania senator gave the rationale for his conviction vote in an interview with WPHT radio in Philadelphia on Feb. 18. “When [Trump] told them to march to the Capitol and stop the steal, I think that was certainly understood by them, and I think it was intended to be understood by them, that they should somehow to intimidate or use force to prevent the final certification of the election for Joe Biden,” he said.

Toomey’s assertion that Trump implored the activists to “use force” is contradicted by Trump’s documented call for marchers to protest “peacefully and patriotically” at the Capitol on Jan. 6. House Democrats omitted this statement from the impeachment trial on Feb. 9.

In Oct. 2020, Toomey announced that he will not run for Senate reelection in 2022. When asked whether this has anything to do with his constituents’ displeasure over his governance, spokesman Steve Kelly told me “his decision was personal, not political.” Kelly declined to comment on whether Toomey believes the censure effort by the state GOP will be successful. 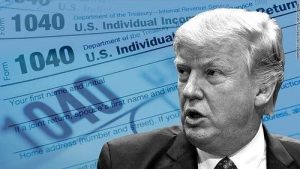