Poll: Only 39% of State Voters in Battleground Districts Support Build Back Better Agenda 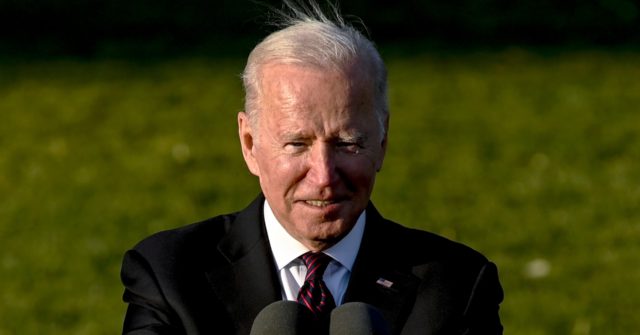 Among independents, only 31 percent supported Biden’s massive tax and spend agenda and 49 percent opposed it, an 18 point margin.

Among the least popular provisions of Biden’s Build Back Better agenda is a natural gas tax, tax breaks to the wealthy, and paying illegal immigrants for children they carry into America:

76% of voters in battleground districts say they are more likely to oppose BBB knowing that it imposes a natural gas tax that will “increase home heating costs, electricity rates, and raise gas prices.”

77% of voters in battleground districts are less likely to vote for a Democrat who “votes to give an eighty thousand-dollar tax break to wealthy homeowners in New York, New Jersey, and California, a move that would cost hundreds of billions of dollars, and overwhelmingly benefit the wealthy, not the middle class.”

76% of voters in battleground districts oppose the package’s proposal “giving $3,600 a year to illegal immigrants for every child they bring into America or give birth to after arriving.”

The poll also revealed Biden’s approval rating among voters in battleground districts is just 42 percent while 52 percent disapprove of his performance.

Independents disapprove of Biden 31 percent to 57 percent, compared to 31 percent who approved, a 26 point margin.

The poll was conducted from November 6-10 with 1,000 voters in 85 battleground districts.