Progressive activist Stacey Abrams once again claimed during a Senate Judiciary Committee hearing Tuesday that the election for her 2018 gubernatorial campaign “was stolen from the voters of Georgia,” though she concedes “Brian Kemp won under the rules that were in place.”

A transcript is as follows:

SEN. TED CRUZ: It’s been over two years, and you still refuse to concede that you lost the race for governor in Georgia in 2018. You have said that, quote, “you do not concede that the process was proper,” and that, quote, “they stole it from the voters of Georgia.” Yes or no. Today, do you still maintain that the 2018 Georgia election was stolen?

STACEY ABRAMS: As I have always said, I acknowledge at the very beginning that Brian Kemp won under the rules that were in place. What I object to are rules that permitted thousands of Georgia voters to be denied their participation in this election, and had their votes cast out. I will continue to disagree with the system until it is fixed. We have seen marked progress made and unfortunately it was undone in SB 202, but I will continue to advocate for a system that permit every eligible Georgian to cast their ballots.

SEN. CRUZ: Ms. Abrams, I’m going to ask you to answer the question that I asked. Yes or no, do you still maintain the 2018 election was stolen? That’s your language.

ABRAMS: My full language was that it was stolen from the voters of Georgia. We do not know what they would have done because not every eligible Georgian was permitted to participate fully in the election. 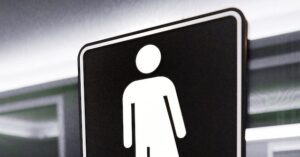 U. of Virginia Students Ban Gender Pronouns from Constitution
Michigan Governor Traveled to Florida Despite Urging Residents to Stay Home