U. of Virginia Students Ban Gender Pronouns from Constitution

Students at the University of Virginia (UVA) voted 89 percent in favor of banning gender pronouns from the school’s constitution, swapping them out for gender-neutral pronouns, such as “they.”

The University of Virginia’s recent Student Council elections included a question about removing gendered pronouns from its constitution, which the vast majority of voters approved, according to a report by Campus Reform.

UVA Student Council Director of University Relations Noah Strike told Campus Reform that the first referendum question on the students’ ballot, titled, “Modernization and Inclusion of Student Council Constitution,” included that the updates strike “any use of ‘he or she,’ him or her,’ or ‘his or hers’ to the gender-neutral singular ‘they’ pronoun” in the student government’s constitution.

“Seeing as our offices are all gender-neutral (i.e. not limited to ‘men only’ etc.), the update reflects how students of any gender identity could serve in positions,” Strike said.

The Student Council Director of University Relations added that 25 percent of the student body voted on the referendum question, with 88.75 percent approving the passage. The minimum threshold for passage is a 66.6 percent affirmative vote, he said.

Strike also said that the team is currently working to update the existing constitution, which has not been amended since February 2008.

Institutions of higher learning are not the only entities to ban gender pronouns from documents.

Earlier this year, House Speaker Nancy Pelosi (D-CA) and Rules Committee Chairman James McGovern (D-MA) unveiled the rules for the 117th Congress on Friday, which contained “future-focused” proposals, including the elimination of gendered terms, such as “father, mother, son, and daughter.”

A mere few weeks later, however, Pelosi ended up violating her own rules when she referred to herself as “a wife, a mother, a grandmother, a daughter” on the House floor during the debate regarding the second impeachment of President Donald Trump. 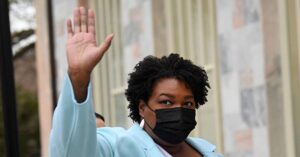