A viral video filmed back in September at Arizona State University’s “multicultural center” ignited a firestorm over on social media.

The video showed a confrontation where two white students studying in a school building with a ‘Police Lives Matter’ laptop sticker and an anti-Joe Biden t-shirt were confronted by two other ASU students named Sarra Tekola and Mastaani Qureshi. Quershi and Tekola can be seen repeatedly harassing two students throughout the video, throwing numerous insults and even insulting them solely on the basis of their skin color. The two women now claim they are facing discipline from the school.

“ASU is on fire. I cannot continue. I cannot continue creating pathways to help black students get into ASU if ASU is going to attack, harass, and not support Black students,” said Sarra Tekola, who recorded the video. The video has accounted for millions of views following her recording and posting of the incident.

Tekola and Queri both say they have been the targets of threats ever since.

“The worst part is, we did not expect that we were going to receive thousands of rape, death, and lynching threats on every social media platform and our personal emails,” said Tekola.

According to the two students, ASU officials instructed them both to write a statement outlining how they would be more polite in the future.

Big League Politics covered the racist incidents levied against white students at ASU in the past, including the school at the time quietly deleting the profile of BLM activist Sarra Tekola immediately following the incident.

The ASU website describes Sarra as a “climate and racial justice activist” and details further political involvement of her’s, including that she help co-founded the group Women of Color Speak Out, a far-left organization that appears to have since disbanded.

Tekola’s history of political activism seems to be quite multifaceted, with a Fox News report detailing an event in which Sarra and others were arrested at a BLM rally in Downtown Phoenix following their refusal to clear blocked intersections that were causing delays to emergency service vehicles. One of the protestors arrested at the same rally was found to have two loaded guns upon the arrest.

The BLM activist and PhD candidate has also been seen making presentations on her far-left activism within academia, including an anti-capitalism speech she gave at the University of Washington, Seattle on behalf of her now failed “Women of Color Speak Out” organization.

Other ties previously exposed include Tekola’s involvement as a fellow at the Ford Foundation. 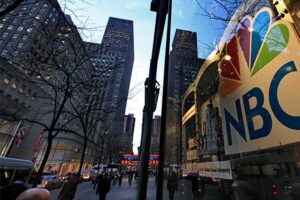