On Wednesday evening, a freight train derailment in the Southern California desert sent more than 40 railcars careening off the tracks into a mangled mess of metal.

SBCF said, “BNSF cargo railcars, no injuries, no fire, Haz-Mat on scene. No impact to I-40.” Judging by the pictures released by the local police agency, a variety of cars were involved in the incident, including tanker cars, boxcars, and hoppers.

Tanker Cars And Other Cars Derailed 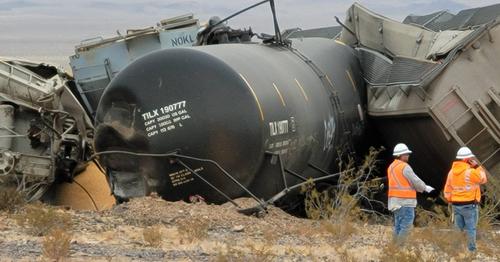 More Scenes Of The Incident 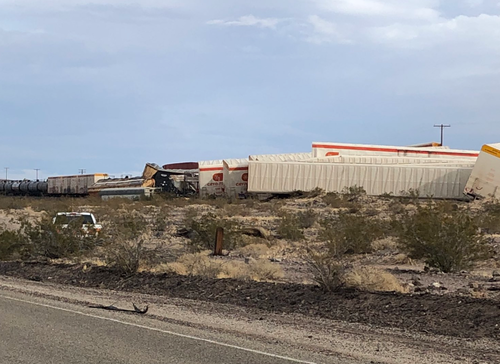 The police drone captured stunning views of the mangled railcars. 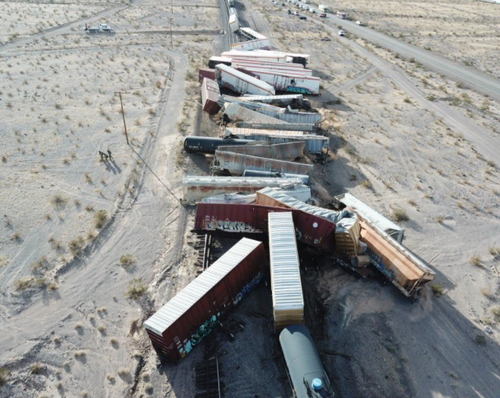 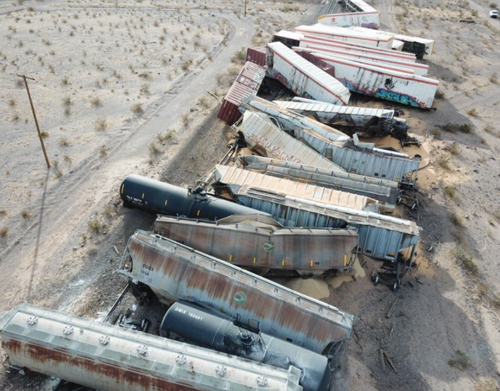 Investigators are still working the incident area to figure out how the derailment occurred.