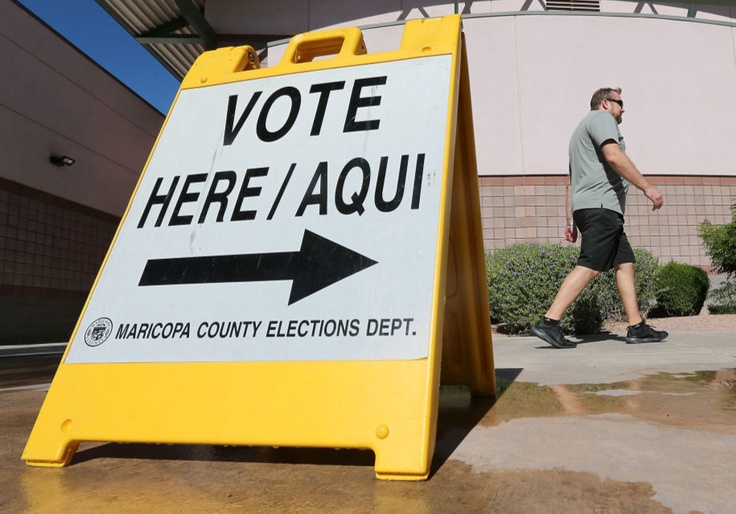 The Supreme Court seemed likely to uphold a pair of disputed Arizona election laws on Tuesday, teeing up its biggest decision about race and voting rights since 2013.

At issue are two election rules: one that disqualifies votes cast outside a polling place and another that limits the ability of third parties to turn in ballots for others, a practice known as “ballot harvesting.” The Democratic challengers say both laws disproportionately affect minority voters in Arizona, like Native Americans in remote parts of the state who lack reliable mail service and easy access to polling places.

Recent Stories in The Courts

The case hinges on the justices’ interpretation of Section 2 of the Voting Rights Act, which bans election practices that discriminate based on race. The justices debated the issue amid lingering fallout from the 2020 election and renewed Republican interest in ballot integrity measures, which Democrats view as a modern analogue to Jim Crow.

The case is an unusual vehicle for the Democrats and allied activists behind Tuesday’s legal fight. The two laws at issue are common in both blue and red states. And Arizona’s election procedures are not especially strict. The state’s no-excuse early voting period runs for 27 days, and its voter ID law does not include a photo requirement. Lawyers for Democrats conceded Tuesday that only a small number of votes are involved in the case.

A federal trial court and a three-judge panel of the Ninth U.S. Circuit Court of Appeals sided with Arizona and upheld its rules. But a seldom-used “super panel” of 11 Ninth Circuit judges struck down the precinct and ballot harvesting regulations in January 2020.

The Voting Rights Act bans practices that leave minorities with “less opportunity than other members of the electorate to participate in the political process and to elect representatives of their choice.” But the Supreme Court hasn’t said much about how Section 2 applies to election procedures.

The justices split over how much disparity between voter groups is tolerable, and whether Arizona’s rules had a direct impact on election outcomes.

Justice Amy Coney Barrett said the law ought to permit at least some disparities. She mentioned a lower court opinion that made that point by citing voter registration at the DMV. Black and Latino people are less likely to own cars than other groups, thus much less likely to visit the DMV. Given those racial differences, “motor voter” registration could be viewed as a racist practice.

Justices Neil Gorsuch and Brett Kavanaugh sounded similar concerns. Justice Samuel Alito said that refusing to allow any difference in outcome “is going to make every voting rule vulnerable to attack under Section 2.”

But lawyer Jessica Amunson, a critic of Arizona’s practices, said careful focus on even small differences in outcome is important.

“In a democracy, we should actually want to ratchet up participation so that every eligible citizen who wants to vote can do so,” Amunson told the justices.

All told, it seemed likely that the Court will uphold both of Arizona’s rules. But their rationale for doing so remains unclear.

Section 2 took on added importance after the Court’s 2013 decision in Shelby County v. Holder, which ended the Justice Department scrutiny of election law changes in areas with a history of discrimination. After Shelby County, Section 2 became the focal point of voting-rights cases around the country.

Whatever the meaning of Section 2, Arizona’s laws are a surprising target because they are common and have a legitimate pedigree. Dissenting from the Ninth Circuit super panel decision, Judge Jay Bybee called Arizona’s precinct rule “a standard feature of American democracy” that is in place in 26 states. About 10 states regulate ballot harvesting, Bybee added, and about 20 restrict the practice to some degree.

Very few minority voters were adversely affected by the precinct rule. In a back-and-forth with Justice Clarence Thomas, Amunson conceded the rule was in place for the 2020 election, when minority participation was robust. Less than 1 percent of minority voters were affected by the law. But what matters, she stressed, is that minorities were much more likely to have their ballots discarded than whites.

The unfriendly set of facts may explain why the Biden administration sat Tuesday’s dispute out. The Trump administration filed legal papers backing Arizona’s law in December 2020. Biden’s Justice Department disavowed the Trump brief in a February letter to the High Court but declined to say that Arizona’s procedures are unlawful. The DOJ did not file a new brief or participate in Tuesday’s arguments. 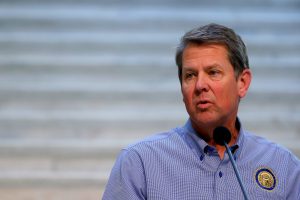 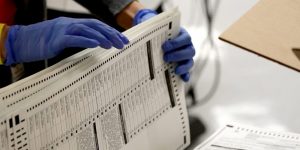