It’s amazing to consider the American apathy towards liberty that’s come to light amid the coronavirus pandemic. A nation born by dumping tea into the Boston harbor over a tax 250 years ago now shrugs when the government shuts down livelihoods it has nonsensically declared “non-essential.”

In California, however, a rightfully outraged public, who have been subject to the harshest lockdowns in the country, are invoking a mechanism designed for this very moment.

Gavin Newsom became the first governor in the country to impose a statewide stay-at-home order last year at the onset of the pandemic, when the cute phrase “two weeks to slow the spread” quickly turned into a never-ending bureaucratic nightmare. Californians have suffered some of the worst lockdowns, featuring long stretches of rigid restrictions with ambiguous timelines and shifting goalposts from a governor who refuses to follow his own rules.

A recall effort to oust the governor two years before the next election picked up real steam in December, about a month after Newsom was caught enjoying indoor fine dining at a three-star Michelin restaurant in Napa Valley’s wine country. Photos of the scene showed Newsom, who had just prohibited gatherings of more than three households before Thanksgiving, at a dinner party with a dozen others with no masks, and no distancing.

“I made a bad mistake,” Newsom said when the news broke, and then he tightened lockdown restrictions even more. Californians had enough, and a month later a petition to recall the governor had garnered more support than the past five efforts.

By the beginning of February, recall organizers reached the 1.4 million signatures needed to force the statewide referendum. On Thursday, the two state-based groups spearheading the movement, the California Patriot Coalition and Rescue California, told Politico they expect to capture 1.6 million by the end of this weekend, nearing their goal of 1.8 million. The extra signatures are being gathered before the March 10 deadline in case some are declared invalid.

While gathering 1,495,000 signatures might sound like a high bar, it’s not in a state with a population of nearly 40 million people. Organizers also only need to garner signatures at 12 percent of the voter turnout in the 2018 election, lowering the bar that much more.

“California’s governor faces one of the easiest recall requirements in the country,” said Joshua Spivak in Politico last December. He serves as a senior fellow at Wagner College’s Hugh L. Carey Institute for Government Reform.

In addition to the low signature threshold, Spivak said, “California also grants 160 days to gather them. In other states, the signature percentage requirement is more than double and the time to gather is less than half.”

Such low thresholds are the envy of New Yorkers suffering under Emperor Gov. Andrew Cuomo similarly governing his state into the ground with lockdowns. No laws on the New York books provide for statewide recalls. A Zogby survey out this week revealed 40 percent of New Yorkers said they would vote to recall the governor if they could.

Recall organizers in Michigan have struggled to get off the ground. They need to reach more than 1 million signatures in a much less populated state within just 60 days. Ballotpedia reports 20 efforts so far have been launched to recall Democratic Gov. Gretchen Whitmer, none of which have garnered the same momentum as in California. 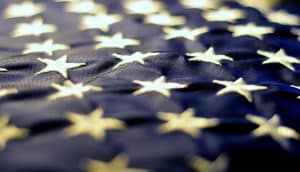