A 3-year-old boy from northern California, along with his family, is stranded in Afghanistan as a result of President Joe Biden’s botched Afghanistan withdrawal, according to a report.

The 3-year-old born near Sacramento with an American passport is stranded in Afghanistan, unable to leave the country, according to KGO, a Bay Area affiliate of ABC. The report hides the child’s identity and his family members fear being captured by the Taliban terrorists.

James Brown, a veteran’s advocate who has been working to get the family back to the United States safely, told KGO, “I received a call Sunday morning at about 6 a.m. from a friend of mine who’s an active duty Marine Corps officer stationed overseas, and he basically felt like his hands were tied and he needed some help getting this family out.”

Brown has contacted Democrat Rep. Jackie Speier (CA) and is working with her staff to help with the process.

Speier wrote a letter, “To Whom It May Concern,” that said, “I believe it is of particular and urgent concern that these individuals be allowed to pass through the gate and be given safe refuge at Hamid Karzai International Airport … so that they might be available for departure.”

In the letter, Brown said that the 3-year-old and his family were attacked by the Taliban terrorists when coming in close proximity to the Kabul airport.

“And they were stopped by a Taliban checkpoint, and they received physical beatings at the gate and they were pushed back where they had to flee and return to a safe house,” Brown said.

U.S. Secretary of State Antony Blinken on Monday was unable to give an exact number of Americans left in the county. 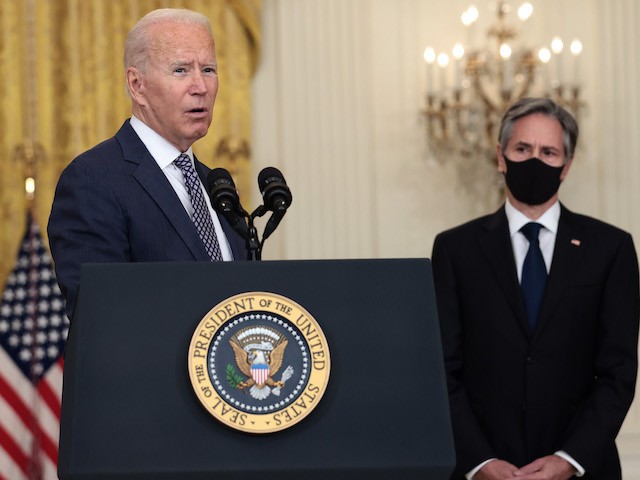 President Joe Biden gestures to Secretary of State Antony Blinken as he gives remarks on the U.S. military’s ongoing evacuation efforts in Afghanistan from the East Room of the White House on August 20, 2021, in Washington, DC. (Anna Moneymaker/Getty Images)

However, he also said they “made extraordinary efforts to give Americans every opportunity to depart the country, in many cases, talking and sometimes walking them into the airport.”

KGO reported that late Monday, the young boy and his family were “on the move” after they were able to connect with other Americans stranded in the country who are trying to leave.

Since the collapse of Kabul, there are no longer normal channels of communication with U.S. officials. 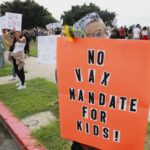 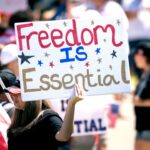