“Senator Jerry Moran is doing a terrific job for the wonderful people of Kansas. Strong on Military, Vets, the Border, and our Second Amendment, Jerry has my Complete and Total Endorsement for his re-election in 2022!” Trump said in a statement released by his new Save America PAC.

Moran’s office did not immediately respond to The Epoch Times’ request for comment. 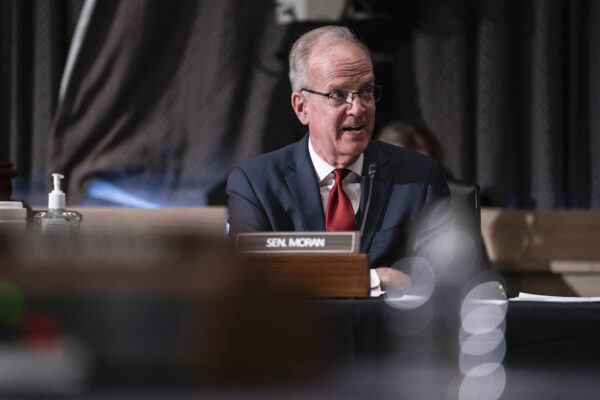 Moran had voted to acquit Trump at the Senate impeachment trial earlier this month.

“The Constitution does not clearly state whether a former president can be tried for impeachment by the Senate, but I believe the impeachment process is intended to be used for considering whether or not ‘The President’ should be removed from office,” Moran said in a statement on Feb. 13. “Because former President Trump is no longer in office, I voted to acquit. Establishing the precedent that the Senate has jurisdiction to convict a former president would cause extreme damage to our country and the future of the presidency.”

Moran condemned the violent actions of rioters who breached the Capitol on Jan. 6. He also criticized Trump for continuing to allege at the time that there was widespread fraud, calling Trump’s action “wrong.”

“The violence at the United States Capitol on January 6 was an attempt to subvert democracy, and I condemn it in the strongest possible terms. Rioters and extremists sought to prevent Members of Congress and Vice President Pence from performing their constitutional obligation to affirm the results of an election, and President Trump was wrong to continue to spread allegations of widespread fraud and not immediately discourage the reprehensible and unpatriotic behavior,” Moran said.

Trump in a video posted on Twitter on Jan. 6 called on Americans in Washington to “go home in peace” after news emerged that there was a breach at the Capitol building. His video message was blocked by social media companies, who accused the president of policy violations. On Jan. 7, both Trump and the White House separately issued statements that condemned the violence that took place on Capitol grounds.

The former president is set to make his first formal address since leaving office on Sunday in Orlando, Florida, where he is scheduled to deliver a speech at the annual Conservative Political Action Conference (CPAC), which begins on Friday. He is expected to express concerns about actions taken so far by President Joe Biden. Trump is also expected to lay out his vision for the future of the Republican Party and his “America First” agenda, and share about lessons learned in the 2020 election campaign.

Janita Kan contributed to this report.

26 Feb at 3:01 am
Horowitz: Oklahoma House votes to enable legislature to block Biden’s executive orders
Exclusive– Conservative Documentarian: Elections Are Not Won and Lost in the Days During an Election, but in Between Elections