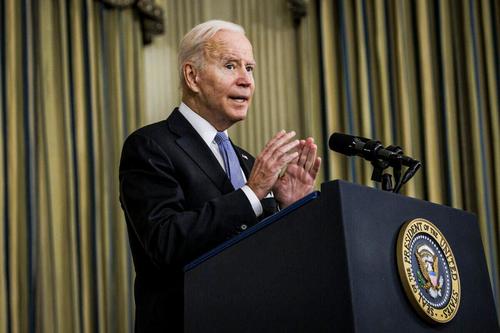 The election of a Republican governor in Virginia points to a winning formula in the upcoming mid-terms, a key component of which is empowering parents to fight back against Critical Race Theory’s (CRT) indoctrination of their children.

Gov-elect Glenn Youngkin’s victory was unexpected because the Democrats had won the governorship of Virginia for the last 12 years and the Democrat candidate, Terry McAuliffe, was popular.

More importantly, it looked like a major demographic shift had forever changed Virginian politics in favour of the Democrats, given the growth of a huge suburban population of Washington D.C. bureaucrats in northern Virginia.

For many Republicans, it felt like Virginia’s political game had forever been rigged against them by the arrival of these D.C. immigrants.

But 2021 showed that even with this northern demographic challenge, Republicans can win Virginia if they can develop a powerful enough message.

Youngkin built such messages by exploiting the hubris, arrogance, and incompetence that has characterized the Democrats since Biden moved into the White House.

Essentially, he pledged to: support parents in their fight against CRT, fund the police, and cut red tape and tax.

So appealing were these pledges that they switched hundreds of thousands of votes from Democrat to Republican, especially independent voters.

Youngkin was also helped by Biden showing up to campaign alongside McAuliffe. This served to remind voters of the struggles of Biden’s administration, plus how it has empowered the woke-left’s CRT and police defunding agendas.

Additionally, Biden’s appearance also reminded voters that Biden does not look in charge.

His $3 trillion “remake U.S. plan” is gridlocked in Washington. His migration policies caused chaos on the border. And anti-right-wing security on Washington’s streets only serves to make it look as if he does not even control his own capital.

But it would seem the core vote shifter was Youngkin’s standing up for parents’ rights to say no to the CRT bullies and to those teachers who want to indoctrinate students with it.

Youngkin correctly read the anti-CRT mood across his state.

After all, even in the blue northern suburbs of Loudoun County, some parents mobilized against their schools teaching CRT.

And so Youngkin has been rewarded with the governorship because he paid attention to the voices of Virginia parents, telling CRT-activists and woke-teachers: “I am not an oppressor, and I am not going to allow you to teach my children your toxic anti-white racism anymore.”

Essentially he produced a swing towards the Republicans in every part of Virginia by promising to ban CRT in Virginia schools.

Given the mounting parental backlash against the theory across America, it might be helpful to summarize the CRT worldview and objections to this radicalism.

CRT objects to how mainstream (white) Americans see themselves, their country and their history. CRT has the same objection to history as taught in Canada, Australia, and Europe.

Its solution is to teach a new kind of history.

Former Australian Prime Minister John Howard called this new history “the black armband view” in which everything before European colonialism was apparently wonderful, and everything since has been evil.

CRT argues Europeans invented race and racism to justify colonialism and slavery and effectively invented a new updated version of the old Marxist villain-victim idea. For Marxists, capitalists were villains, and workers were victims. For CRT, whites are villains, and blacks are victims.

Both models grow out of the resentments of the unsuccessful, but CRT’s answer is to tear down the successful and what they built.

The emergence of parental opposition to CRT in the schools reflects a growing realization that the theory represents a truly existential and revolutionary threat to the American way of life.

But CRT goes further than just wanting to deconstruct and reconstruct America and its way of life or take down statues. They demand all white individuals must recognize they are racists, which is built into them through language. They also demand that whites must apologize (and recompense black victims) for white racism, for white privilege, and for oppressing black people.

Within CRT logic, whites are apparently always inherently racist and inherently privileged. Blacks are always apparently oppressed and can never be racist.

If any white person points to the absurdity of these claims, this is taken a proof such a person is racist and “fragile.” CRT allows no escape from its closed circular argument.

Re-education appears to be the only solution, according to the theory.

Whites must be taught to recognize their individual “sickness” and the pathology of their society. Then taught to “be sorry,” to take the knee, and to be co-opted into CRT’s plan to deconstruct existing American society.

This re-education will take place in schools, universities and through compulsory staff training workshops.

Conveniently, CRT activists have created many jobs for themselves by running these workshops. Apparently, revolution can be profitable for some.

These projects aim to undo the so-called evil of European colonialism plus deconstruct the work of the apparently evil white men who colonized and built America, Canada, and Australia.

Building CRT’s postcolonial world is a project as profoundly revolutionary as was Stalin’s communist project of building the “Soviet Man.”

Americans need to become aware of what such a project of re-writing their culture; their history, and their language will mean for them. If Americans want to see what “decolonization” of education and society means, just look at what the African National Congress has done in South Africa.

This is a project of erasure that is totalitarian in its vision.

What is remarkable is that left-leaning liberals cannot see how Orwellian this CRT re-education project is in the way it wants to replace “bad language” and “bad thinking” with new sanitized “social justice” words and “good thinking.” Similarities can be found with Mao Ze Dong’s Cultural Revolution when communist witch hunts forced people to confess their “guilt.”

Youngkin’s victory in Virginia should give us all hope.

Let this be the beginning of an alliance of Republican politicians and parents who say they are tired of having their children come home from school brainwashed by CRT.

Let the message from Virginia be that enough is enough. 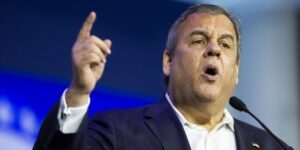 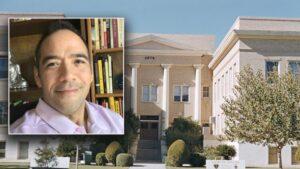