A roster of liberal politicians, including the president, have grossly mischaracterized the new law — which aims to secure elections in the state by requiring photo ID for absentee voting and establishing secure drop box locations, among other things — as being crafted for the sole intent of making it harder for people to vote.

But perhaps the most blatant mischaracterization came last week during the first press conference of Biden’s presidency. The president grew noticeably perturbed when discussing the legislation, calling it “sick” and alleging that it prevents working people from voting by closing off voting hours after 5 p.m.

“What I’m worried about is how un-American this whole initiative is. It’s sick. It’s sick … deciding that you’re going to end voting at five o’clock when working people are just getting off work,” Biden said.

A day later, when responding to Georgia Republican Gov. Brian Kemp signing the bill into law, Biden said, “Among the outrageous parts of this new state law, it ends voting hours early so working people can’t cast their vote after their shift is over.”

What did WaPo say?

In the fact-check article, Kessler found that the law put no such restrictions on voting. In fact, Kessler acknowledged, the new law maintains the current Election Day voting hours of 7 a.m. to 7 p.m. and actually expanded voting hours and days for early voting.

“So where would Biden get this perception that ordinary workers were getting the shaft because the state would ‘end voting at five o’clock’?” he wrote, going on to pummel the president for openly misinforming the American people about the new law:

One could understand a flub in a news conference. But then this same claim popped up in an official presidential statement. Not a single expert we consulted who has studied the law understood why Biden made this claim, as this was the section of law that expanded early voting for many Georgians.

Somehow Biden managed to turn that expansion into a restriction aimed at working people, calling it “among the outrageous parts” of the law. There’s no evidence that is the case. The president earns Four Pinocchios.

In an “About” page for his grading scale, Kessler explained that a Four Pinocchios mark is handed out for “whoppers,” plain and simple. 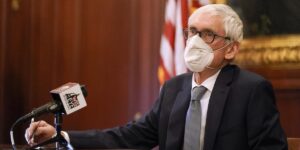