The recount taking place in Wisconsin will keep going past Thanksgiving, a county official said Sunday.

The county is behind schedule, which pegged the recount as ending the day before Thanksgiving.

Officials believe they can meet the Dec. 1 deadline to finish but will be working “well past Thanksgiving,” Christenson added.

Stewart Karge, an attorney for President Donald Trump’s campaign, responded that the campaign can challenge all early votes cast by mail. 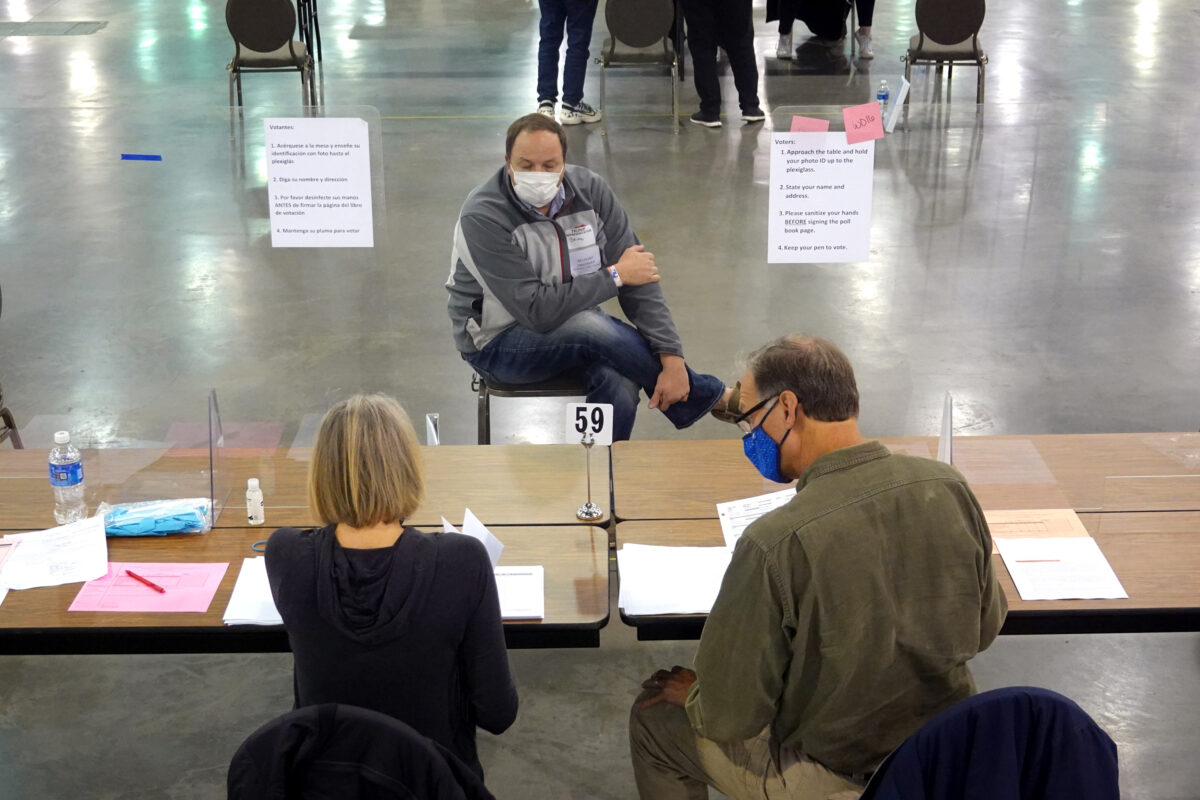 An observer watches as election officials begin the recount process of ballots from the November 3 election at the Wisconsin Center in Milwaukee, Wis., on Nov. 20, 2020. (Scott Olson/Getty Images)

The Wisconsin Elections Commission approved the request and on Nov. 19 ordered the partial recount.

The recount order required the boards of canvassers in both counties to convene by Nov. 21 and complete their work by noon on Dec. 1.

The Dane County recount is taking place in Monona Terrace in Madison; the Milwaukee County one is happening at the Wisconsin Center in Milwaukee.

Democratic presidential nominee Joe Biden finished with 20,427 more votes than Trump, or 0.62 percent of the vote, according to unofficial statewide results. State law allows a candidate who ends up within 1 percent of the winner’s total to request a recount.

Scott McDonell, the Dane County Clerk, said Monday that workers have tabulated 82,796 ballots out of 345,604.

“We are slightly behind schedule but catching up. So grateful for all who are pitching in for democracy,” he said in a tweet.