Glenn Youngkin, the Republican Governor-elect of Virginia, will be allowing localities in the state – including cities, counties, and public school systems – to implement mask and vaccine mandates, but says he will not impose a mandate at the state level. This differs from Republican governors in stronghold states like Florida, which have banned the practice of mandating vaccines outright.

“Localities are going to have to make decisions the way the law works and that is going to be up to individual decisions but, again, from the governor’s office, you won’t see mandates from me,” Youngkin said in an interview with local media.

Youngkin has previously called himself a “staunch supporter” of the COVID-19 vaccines, despite the fact that the experimental injections do not prevent the transmission of coronavirus, contrary to what was initially advertised by the federal government, major pharmaceutical companies, international bodies, and even President Joe Biden himself.

“My family has gotten it. I’ve gotten it. I think it’s the best way for people to protect themselves,” Youngkin said. (READ MORE: Two Texas Children Vaccinated Without Authorization While Trick-Or-Treating, One Immediately Experiences Adverse Reactions)

When pressed further by NBC’s Chuck Todd, who was moderating the debate and asked the Virginia Republican whether he believed that “measles, mumps or rubella is a personal choice,” Youngkin emphasized that “the data associated with those vaccines is something that we should absolutely understand the difference between this vaccine.”

Experts, including Dr. Ben Carson, have signaled their disapproval with the FDA and CDC decisions to approve COVID-19 vaccinations for kids and have pointed to children’s extremely low mortality rate from coronavirus and the unknown long term impact of the injections – which were approved by the FDA despite health officials being aware of numerous injection-related adverse events affecting children.

“Plus we don’t know what the long term impact of these vaccines is, so this is really sort of a giant experiment. Do we want to put our children at risk, when we know that the risk of the disease to them is relatively small, but we don’t know what the future risks are, why would we do a thing like that?” he continued. “It makes no sense whatsoever.” 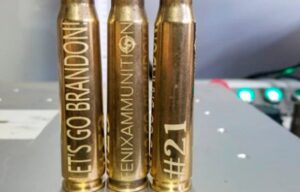