The Supreme Court on Nov. 20 released the list of circuit assignments (pdf) which shows conservative justices handling the circuits containing four of the six states where the Trump campaign has contested the election.

While none of the election lawsuits have yet percolated to the Supreme Court, both the Trump campaign and third parties have filed challenges in all six states.

The Supreme Court ended the election dispute in 2000 between George Bush and Al Gore. Considering the number of legal challenges pending, the nation’s highest court may again play a pivotal role. 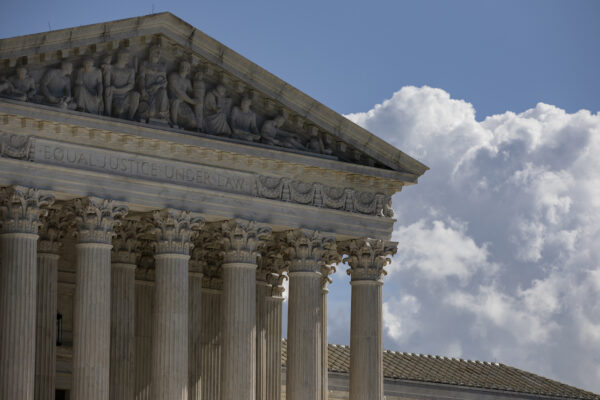 While the court hasn’t heard any post-election challenges, it is considering reviewing a Pennsylvania case that arose prior to Election Day. The appeal challenges the constitutionality of a Pennsylvania Supreme Court order which allowed state election officials to accept mail ballots up to three days after Election Day as long as they were postmarked on Nov. 3.

Democrat attorney Alan Dershowitz told Breitbart News earlier this month that he believes that Trump will win the Pennsylvania lawsuit at the Supreme Court.

“I do think that Trump will win the Pennsylvania lawsuit,” Dershowitz said. “namely, the lawsuit that challenges ballots that were filed before the end of Election Day but not received until after Election Day.”

“The [Pennsylvania] legislature had basically said no to that and the [Pennsylvania] Supreme Court said yes because of the pandemic. That may have been the right decision in some theoretical sense, but the Constitution doesn’t permit anybody in the state but the legislature to make decisions about elections.” 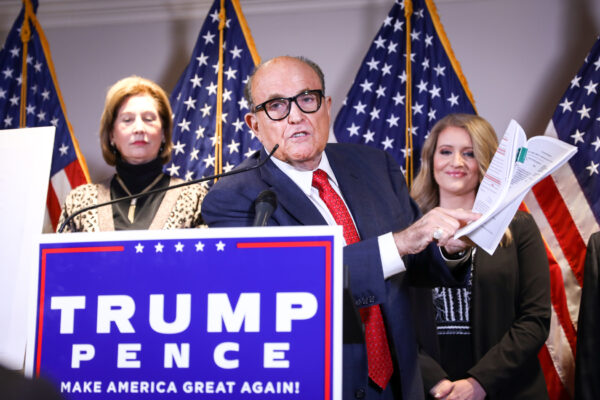 The top lawyers on the Trump campaign—Rudy Giuliani, Sidney Powell and Jenna Ellis—laid out an opening statement on Thursday about the campaign’s legal efforts in the six states. The campaign alleging a wide array of electoral irregularities, misconduct and fraud, including claims that voting software was tampered with to manipulate the results of the election.

A number of third-party election lawsuits have been dismissed, either by judges or voluntarily. The Trump campaign on Thursday dropped its lawsuit in Michigan after the Republican commissioners on the Wayne County Board of Canvassers rescinded votes they cast in favor of certifying the election results in the county. The campaign said the rescinded votes achieved the goal of the lawsuit.

The campaign’s other lawsuits have yet to reach the discovery stage.