Corrupt Democrat oligarch Nancy Pelosi is reportedly finalizing the purchase of a $25 million mansion in South Florida, departing California amid the state’s decline as a result of policy she’s long supported.

Pelosi is slated to become a resident of Jupiter Island in Martin County, an elite community with the distinction of its residents possessing the highest per capita income of any municipality in the United States.

Sources cited elite South Florida real estate brokers who confirmed Pelosi was in the closing stages of the purchase of the property.

Just checked with top broker in area who confirmed this information

Pelosi was observed scouting out properties in Florida earlier this year, with some speculating the powerful Speaker of the House and oligarch would retire in the aftermath of the 2022 midterms. It’s expected that Democrats will face a truly ruthless and vicious electoral beating unlike anything seen in recent American history, with the seemingly eternal leader of the party’s congressional wing departing for a luxury retirement package. Pelosi has been one of the most successful stock traders in the country in the last few years, leading to accusations of insider trading.

Pelosi’s home in the formerly segregated neighborhood of El Presidio in San Francisco was protested by activists earlier this year, with the citizens spraypainting her garage and leaving a pig’s head in protest of the Speaker’s refusal to deliver $2,000 TrumpBux checks to the American people. Rising crime and declining quality of life is thought to be a key factor in Pelosi’s pending exodus from the progressive utopia.

Economic inequality has skyrocketed to levels not otherwise seen in the developed world in California, with the state bifurcated between a mostly white and Asian millionaire-and-up elite class, and a penniless underclass relegated to the quality of life and economic standing of citizens of a third world country. 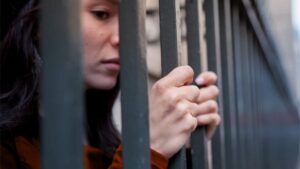 Group Sues California Over Men In Women’s Prisons: ‘Everything We Warned Is Coming True’