Do you want to know why I think Howard Stern is going full-monster with his mockery of three fellow human beings who died of the coronavirus? Because leftists like Stern and CNNLOL and Joe Biden and Nancy Pelosi and Anthony Fauci are deliberately looking to manipulate Trump supporters into not getting vaccinated.

Nothing else makes sense to me.

In a country where elections are decided on razor-thin margins, does it not benefit one side if their opponents simply drop dead?

If I wanted to use reverse psychology to convince people not to get a life-saving vaccination, I would do exactly what Stern and the left are doing… I would bully and taunt and mock and ridicule you for not getting vaccinated, knowing the human response would be, Hey, fuck you, I’m never getting vaccinated!

And why is that a perfectly human response? Because no one ever wants to feel like they are being bullied or ridiculed or mocked or pushed into doing anything.

No one wants to cave to a piece of shit like that, or a scumbag like Fauci, or any of the scumbags at CNNLOL, so we don’t. And what’s the result? They’re all vaccinated, and we’re not! And when you look at the numbers, the only numbers that matter, which is who’s dying, it’s overwhelmingly the unvaccinated who are dying, and they have just manipulated millions of their political enemies into the unvaccinated camp. 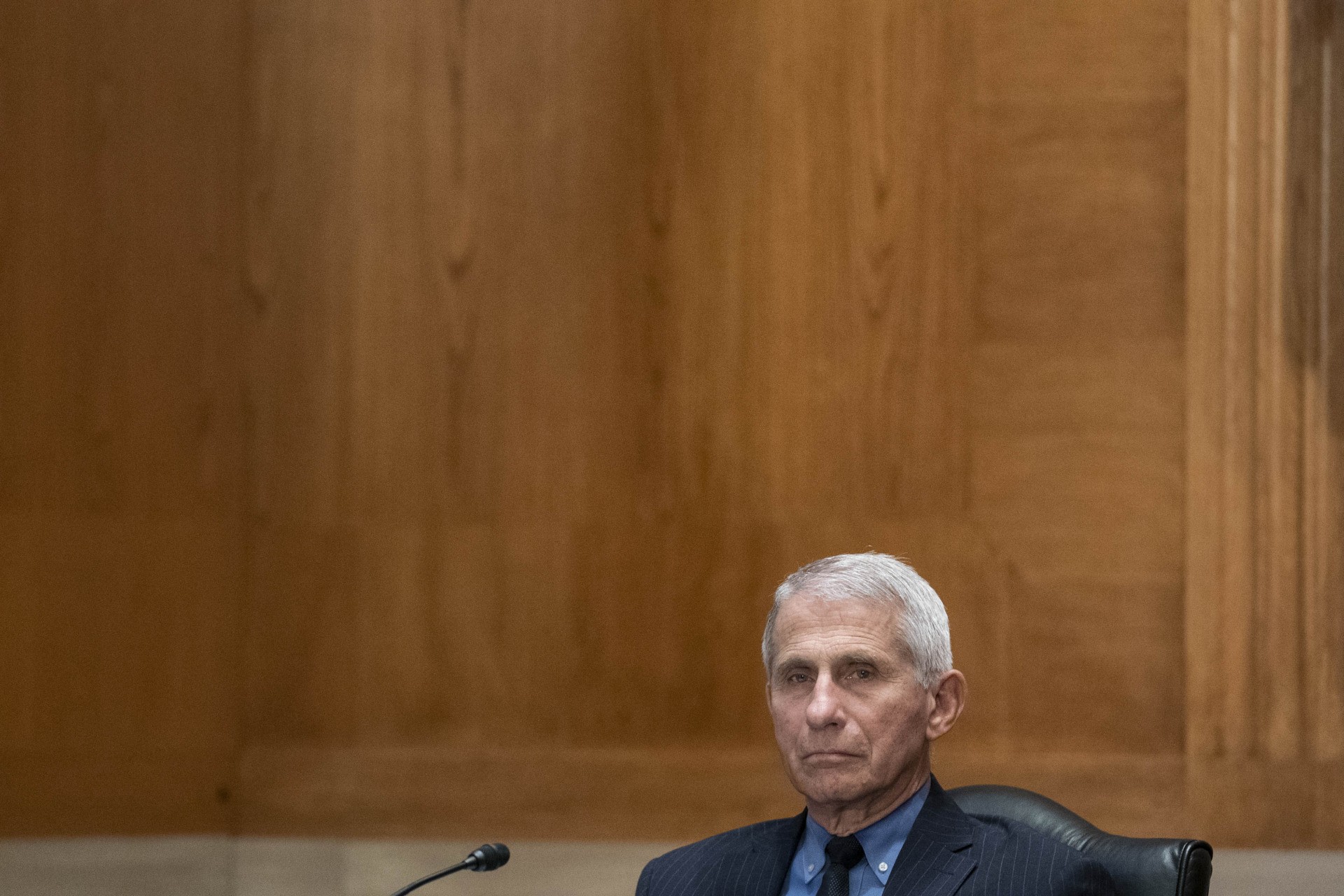 Dr. Anthony Fauci, director of the National Institute of Allergy and Infectious Diseases, listens during a Senate Appropriations Labor, Health and Human Services Subcommittee hearing looking into the budget estimates for National Institute of Health (NIH) and state of medical research on Capitol Hill, May 26, 2021 in Washington, DC. (Sarah Silbiger-Pool/Getty Images)

According to the CDC, 99.5 percent of those dying of the China Flu are unvaccinated. So even if they’re lying or exaggerating, even if it’s 75 or 80 percent, those numbers are pretty stark.

Could it be…? Could it possibly be that the left has manipulated huge swathes of Trump voters into believing they are owning the left by not taking the life-saving Trump Vaccine?

Long-time radio host and media personality Howard Stern laughed as he mocked a string of right-wing radio hosts who died of Covid after publicly stating their opposition to forced vaccine and mask mandates.

On Tuesday’s edition of Sirius XM’s The Howard Stern Show, the host took pleasure in mocking several late radio hosts with whom he disagreed, as he made the case for a mandatory vaccination program.

‘It’s really funny when these radio, the radio guys are the best, they’re like four of them died, four of them were like ranting on the air,’ he cackled.

Have you ever thought that maybe the left has us right where they want us?

Just stand back for a moment and think about this…

Right now, a countless number of Trump supporters believe they are owning the left by refusing to take a life-saving vaccine — a vaccine, by the way, everyone on the left has taken. Oh, and so has Trump.

Now think about this…

On this very day, about 1,000 people in the U.S. will die of the China Flu. How many of those lives could’ve been saved had they been vaccinated? Is it 998?

And if the left is all vaccinated and we’re not, who’s winning? 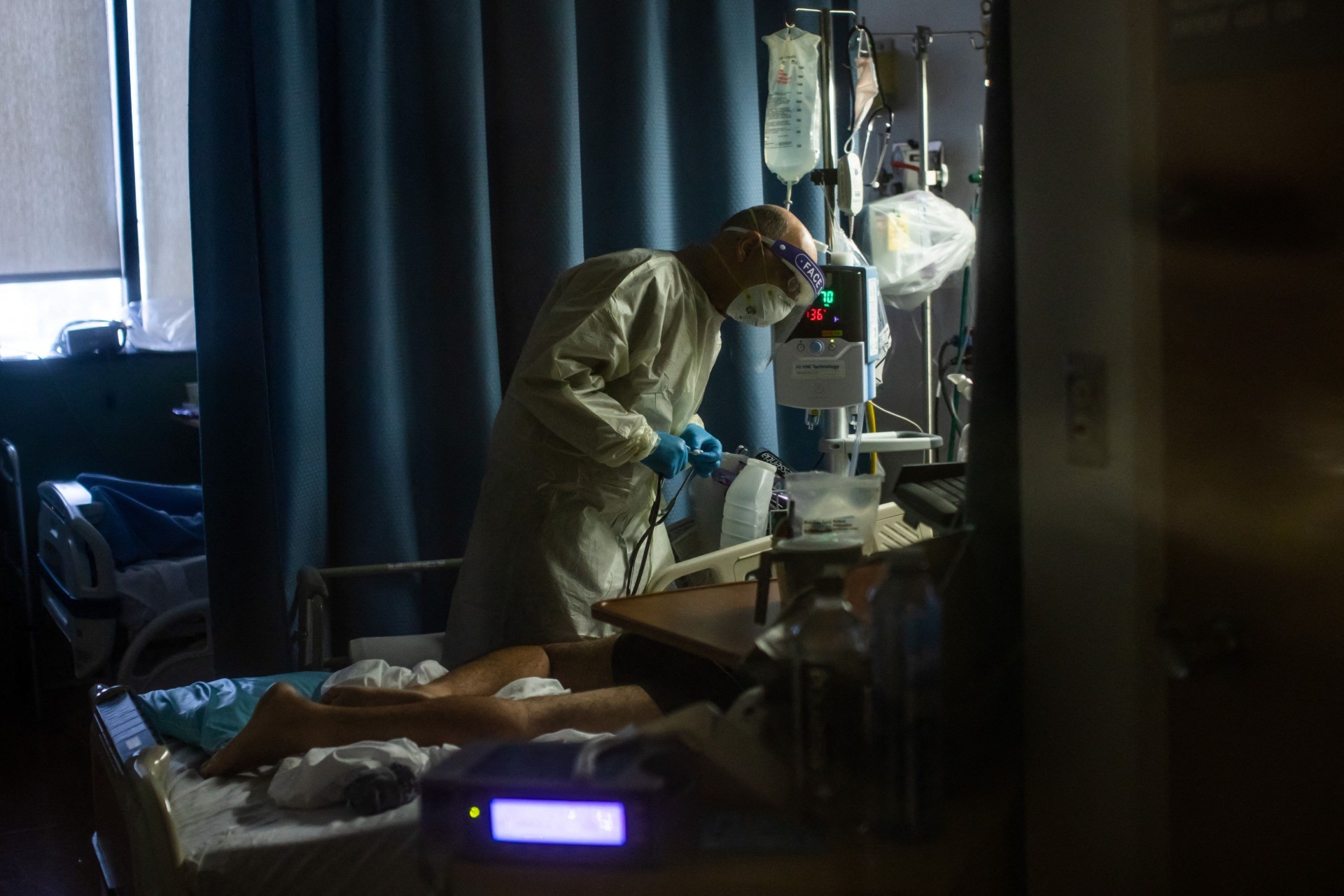 TOPSHOT – Doctor Delkhah Shahin checks on a 34 year old, unvaccinated Covid-19 patient at Providence Cedars-Sinai Tarzana Medical Center in Tarzana, California on September 2, 2021. – According to Dr. Yadegar at the hospital, the number of covid patients are significantly less than they were in winter, but from a psychological standpoint it’s much more difficult because most of the patients in the ICU on respirators are unvaccinated, younger and healthier 30 and 40 year olds without comorbidities. Vaccinated patients at the hospital are typically older, but the Covid-19 effects are much milder compared to the unvaccinated patients that have more severe symptoms. (APU GOMES/AFP via Getty Images)

The push for mandates is another ploy to get us to dig in and not do what’s best for ourselves because no one wants to feel like they’re caving to a mandate.

Final note: How many of you were aware the CDC believes that 99.5 percent of those dying are unvaccinated? I bet not many of you. So why would the metric that is the most convincing one not be all over the place? Once you learn that 99.5 percent of deaths are unvaccinated, it cuts through all the muck. That number is startling, an eye-opener… Forget cases, forget mandates, forget masks, and Howard Stern… When you learn that almost everyone dying is unvaccinated, that’s a come to Jesus moment.

I could be wrong.

Maybe the left isn’t that evil and sly.

But when I think of the unvaccinated lying there dying, being told by their doctor, “Sorry, there’s nothing more we can do to get enough oxygen to your lungs,” I don’t laugh. My heart breaks for that person. Imagine lying there dying thinking that all you had to do was get the Trump Vaccine.

Even if this isn’t the left’s plan, who’s owning who?