Rep. Hice to Lead Challenge to Georgia’s Electors After Meeting With Trump

“I will lead an objection to Georgia’s electors on Jan. 6. The courts refuse to hear the president’s legal case. We’re going to make sure the people can!” Hice wrote on Twitter.

The representative was part of a group of Congress members who met with President Donald Trump at the White House.

White House chief of staff Mark Meadows said the group discussed how to “fight back against mounting evidence of voter fraud.”

According to an Epoch Times tally, Hice is the seventh person who will be in the House of Representatives when Congress convenes who has committed to challenging electoral votes.

“That’s why I feel it’s completely important, necessary, for this to be challenged in the House of Representatives,” she said.

A challenge requires at least one member and one senator. No senators have committed to challenging votes.

According to the tally, at least six senators or senators-elect have expressed openness to a challenge or haven’t ruled it out. 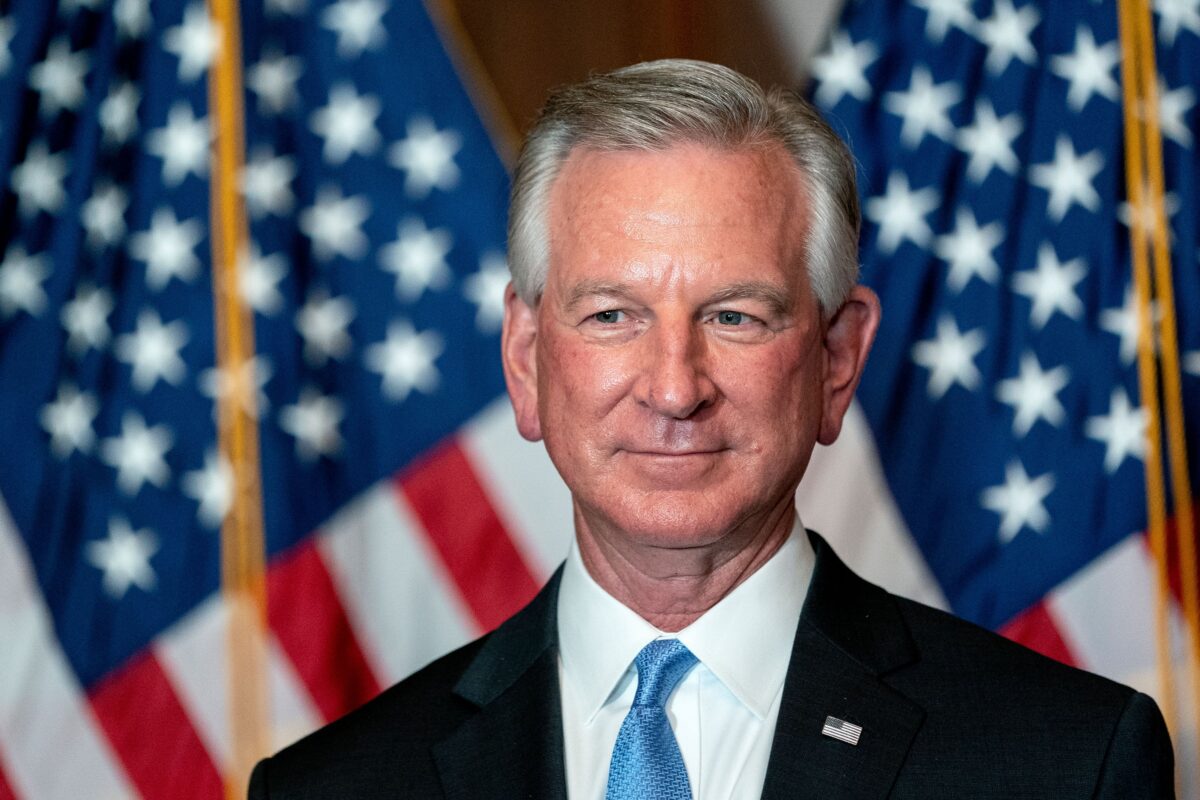 Senator-elect Tommy Tuberville (R-Ala.) in Washington on Nov. 9, 2020. He’s one of a handful of senators or senators-elect who have said they may object to electoral votes on Jan. 6, 2021. (Stefani Reynolds/Pool/AFP via Getty Images)

State lawmakers are pushing Republicans in Congress to join in the planned election challenges, as are organizers of the “Stop the Steal” protest movement.

“We’ve identified these six U.S. senators who may be able to be convinced. We need one senator for legal reasons but the more we get on the record, the easier it’ll be for Vice President Pence to be equally brave. This is crucial. Make phone calls,” Ali Alexander, who started the movement, said in a tweet.

“We had a landslide victory, and then it was swindled away from the Republican Party—but we caught them. Do something!” Trump said, adding that Senate Majority Leader Mitch McConnell (R-Ky.) and GOP senators need to “get tougher.”

McConnell and other Republican Senate leaders have dismissed the planned objections. They reportedly urged fellow caucus members not to join the challenges, arguing doing so would have negative effects.

If a challenge meets the requirements, both chambers of Congress withdraw from the joint session and debate on the objection. A majority vote in each chamber would uphold the objection. That possibility is considered unlikely by some experts, who point to a number of Republican senators who have said Democratic presidential nominee Joe Biden won the election.

“It’s so far out of the realm of possibility. The chance of getting a senator to agree, a Republican senator to agree, is a difficulty. Then to get the Senate and the House to agree? At this point … this is not going to happen,” Gary Gregg II, director of the McConnell Center at the University of Louisville, told The Epoch Times.

Trump and other Republicans are contesting election results in key battleground states. Alternate slates of electors voted for Trump in seven of the states where Biden was certified the winner, setting up the scenario that the electoral votes are changed to the president if the state legislature decides to do so.